What Is The Olympic 10K Marathon Swim Course In Rio? 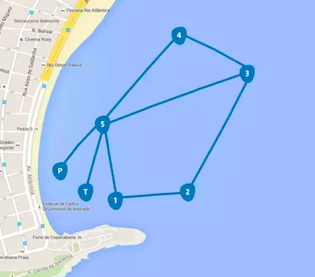 With 110 days left to the Olympic 10K Marathon Swim in Copacabana Beach at the 2016 Rio Olympic Games, we wonder when the official race course will be announced.

While the course shown above was used at the 2015 marathon swim test event held by the Rio Organizing Committee for the Olympic and Paralympic Games, the final course is not yet publicly available. In the test event, there was 5 key turning points (#1, #2, #3, #4, #5 in the graphic above) and a finish chute and finish pontoon nearest the beach (P in the graphic above).

We wonder when the final course will be announced and why is it taking so long?

In one of the world’s most iconic beachfronts that has a long and rich experience among local organizers in hosting all kinds of open water swims, the course should be determined already and publicly made available.