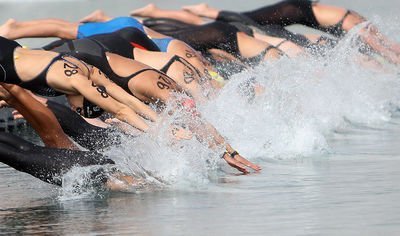 But the World Health Organization addressed the Zika issue (see here) and stated there is no public health justification for moving, postponing or canceling the 2016 Rio Olympics due to the Zika outbreak.

There is at least one individual who is linked by the two separate issues: Rowdy Gaines. The 3-time Olympic gold medalist and long-time NBC announcer will not only be one of the announcers for the 10 km marathon swim in Copacabana Beach, but Swimming World Magazine reports that the Zika virus has been linked to Guillain-Barre Syndrome which Gaines has (see here).