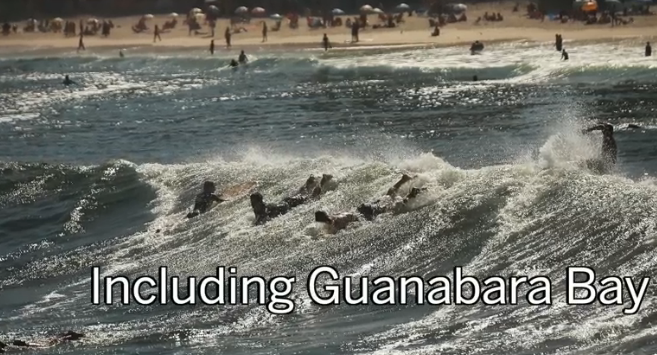 Of all the American reporters who have written about the bay and ocean waters of Rio de Janeiro, only Bonnie Ford has taken the time and effort to visit Rio herself and investigate the situation.

Her article is published here on ESPN.

We visited Copacabana Beach with Ford and the investigative crew from ESPN at the annual King and Queen of the Sea. We introduced the ESPN crew to the swimmers, coaches, officials, race directors and FINA representatives in Brazil – all of which were happy to talk with Ford and ESPN.

There was nothing to hide as Ford and the ESPN crew interviewed the individuals from Brazilians, Americans, and Europeans right on Copacabana Beach before and after they trained and raced on the Olympic 10K Marathon Swim as thousands of visitors from around the world concurrently played and swam in the surf off Copacabana Beach.

While the distant (and dirty) waters of Guanabara Bay are splashed across the world’s newspapers, the issue has been always been the risk and water quality in Copacabana Beach for the visiting triathletes and open water swimmers. [Note: Guanabara Bay is where the sailing events will be held.] Almost universally, including from U.S. Olympic Committee and USA Swimming representatives, criticism has been heavy and consistent about the high risk of illness and unacceptable water quality in Copacabana Beach.

But even after a multi-day visit to Rio de Janeiro and a comprehensive, on-site review of the situation, ESPN came up with a review that focused mostly on Guanabara Bay and pointed out to two instances of alleged illnesses caused by the waters of Copacabana Beach – back in 2007.

Ford writes, “Within a couple of months of [the 2007 Pan American Games], doctors told [Chip] Peterson he had ulcerative colitis, a chronic inflammatory bowel disease whose flare-ups required increasingly long hospitalizations. Illness derailed his attempts to make two successive Olympic teams. Peterson ultimately opted to have his colon removed. Once recovered, he resumed elite competition but fell short in his bid to qualify for Rio.

Researchers believe both genetic and environmental factors influence the disease. Peterson can’t prove the water here set it off, but the dotted line grew darker when U.S. teammate Kalyn Keller Robinson was told she suffered from a related condition, Crohn’s disease, after the same 2007 [Pan American Games] race. She retired shortly afterward. No other swimmer they know of was similarly affected. They are their own mysterious cluster of two
.”

Chuck Wielgus, USA Swimming executive director, told SwimSwam, “I feel sorry for these athletes whose personal safety could be at risk. We’re putting our trust and faith in the U.S.O.C. and I.O.C., and our plan is to provide our open water athletes with as much information as possible. We would never force them to compete. We don’t have a formal committee [studying the issue] — the primary thing we’re doing is evaluating the information that’s coming in. At this point, it’s really a USOC, IOC, Rio organizing committee issue. Every time open water comes up, I think about Chip and Kalyn. We all understand there’s no proof of a direct cause and effect, but it’s still highly suspicious.”

At the same time, Peterson went back to Rio de Janeiro at his own volition both in 2014 and 2015 and competed well at the King and Queen of the Sea, especially in the most recent race where Ford covered as Peterson motored strongly in the second half of the race to beat 2-time Olympian and local hero Allan do Carmo of Brazil, Christian Reichert of Germany, Chad Ho of South Africa, and Matteo Furlan of Italy. 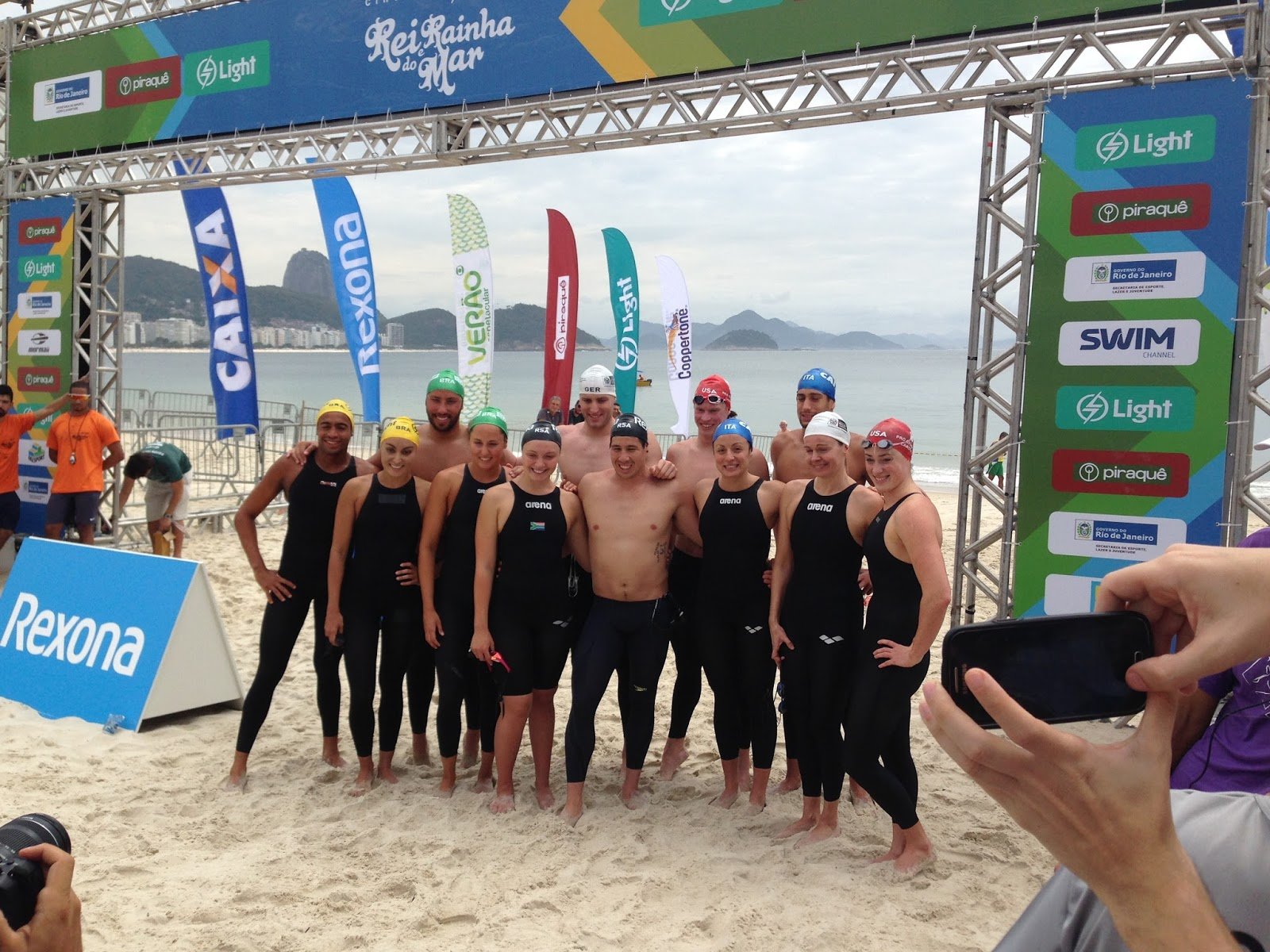 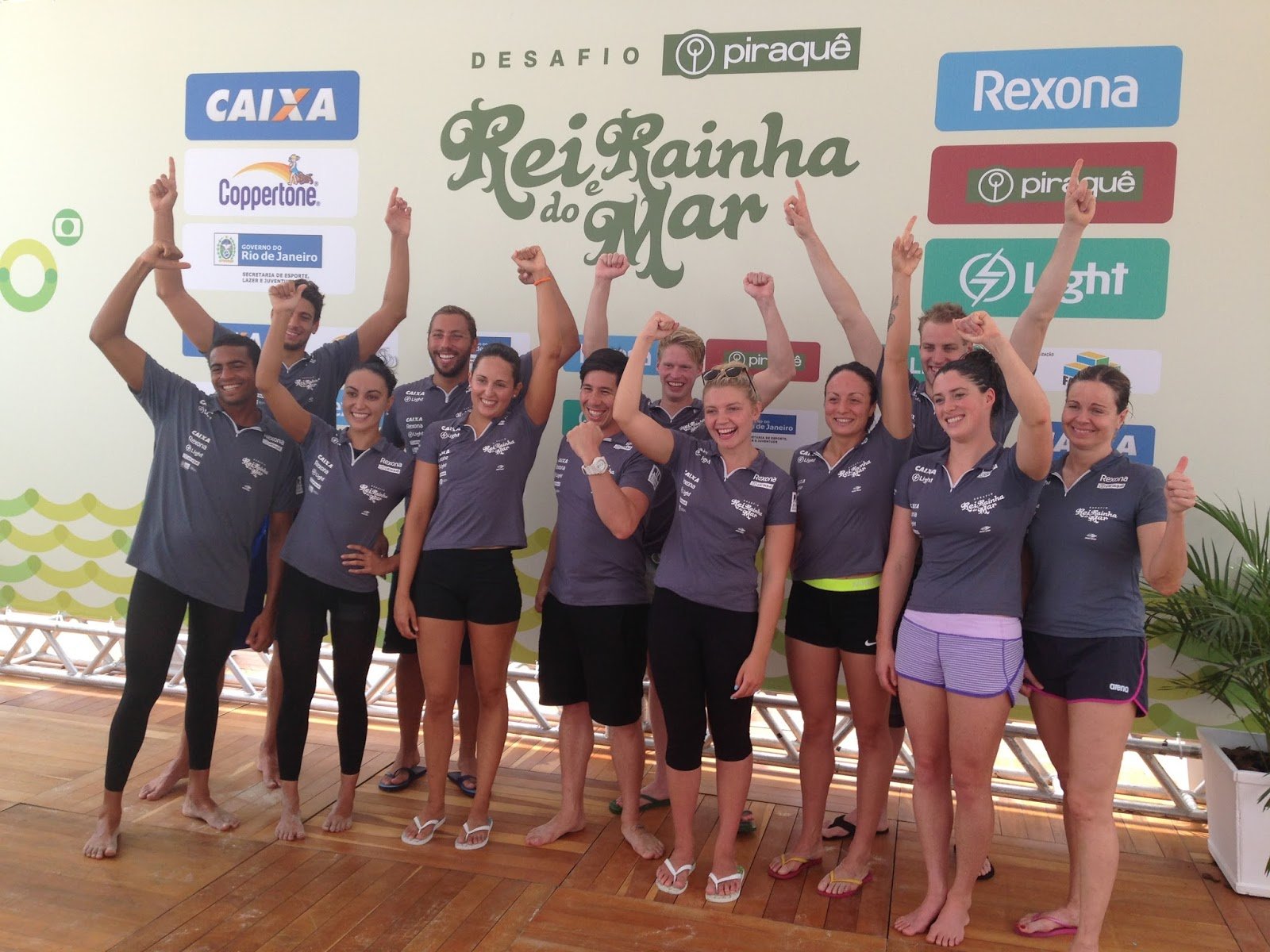 Despite thousands of people – including many foreign visitors – wading into, running along, paddling and swimming in Copacabana Beach on a daily basis without illness or problems [note: including this writer on repeated occasions over the last 5 years], reporters around the world and the U.S. Olympic Committee representatives continue to point at the irresponsibility of holding the triathlon and open water swimming events in Copacabana Beach.*

“The water in Rio is dirty,” said U.S. Olympic Committee CEO Scott Blackmun told ESPN’s Outside the Lines, “We need to do everything we can to prevent our athletes from getting sick while they’re down there. But our athletes have competed in difficult conditions around the globe on many, many, many occasions in the past, and it’s just a matter of making sure our preparations are specifically targeted to the conditions we’re going to find in Rio.”

While Peterson willingly visited Copacabana Beach and said, “Honestly, I used to work in a water quality testing lab, and I don’t have a strong feeling about what these viral levels mean [in the original Associated Press report that formed the basis of these concerns]. Certainly, it’s at least something that should make us be cautious. There’s not a whole lot of recourse we have as athletes. It’s frustrating. I don’t envy anyone’s decision. If someone were to make the decision not to compete in the Olympic Games due to something like water quality, that would be a real shame. It’s heart-wrenching.”

Which is exactly what his American teammate and Olympic silver medalist Haley Anderson is facing.

“The USOC does not have the authority to order water athletes to withdraw because of the conditions and is focusing instead on providing information along with beefed-up medical counsel,” said Blackmun.

Anderson, who is one of the pre-race favorites to win a gold medal in the Olympic 10K Marathon Swim told ESPN that her decision to compete “will depend on her coaches, USA Swimming and the USOC to advise her truthfully about safety.

Well-meaning outsiders are telling you so many different things, like, ‘You shouldn’t, you can’t swim there, there’s no way. It’s like, ‘OK. You make the Olympic team and then you decide not to swim. You tell me how that goes.
‘”

* Note: in the investigative report by ESPN, the photographs included in the article were exclusively of Guanabara Bay. In the video report, a photo of Copacabana Beach were mislabeled as Guanabara Bay [see above]: