What A Year Doug Northway Had In 1984 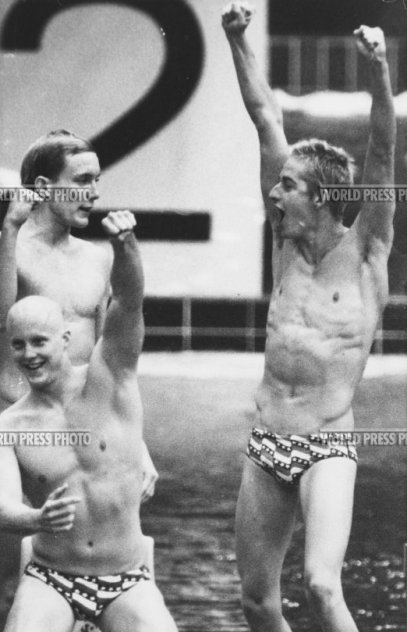 What A Year Doug Northway Had In 1984

Courtesy of WOWSA, lac St-Jean, Canada. In the previous Daily News of Open Water Swimming article about Lover’s Beach in Mexico, the field in the 24-mile race around Cabo San Lucus included the famed 3-way English Channel swimmer Philip Rush of New Zealand, one of the most prolific marathon swimmers of all time Claudio Plit of Argentina, 7-time World Professional Marathon Swimming Federation champion Paul Asmuth of the USA, 6-time World Professional Marathon Swimming Federation champion Monique Wildschut of the Netherlands, and a slender swimmer from the desert state of Arizona, Doug Northway.

It was the Who’s Who of that era, but who was Doug Northway? How did a lanky, personable multi-lingual swimmer from Arizona compete with the world’s marathon swimming best?

Years of relentless practice, a positive belief in himself, and an intensity in the water during competition.

Northway was a high school student in Sahuaro, Arizona when he dropped his 1500m time by 45 seconds between the 1971 National Championships and the 1972 USA Olympic Swimming Trials. As a 17-year-old high student at the 1972 Munich Olympics, Northway received a bronze medal in the 1500m freestyle (16:09.25). He later entered the University of Arizona, and won the 400m freestyle at the 1975 Pan American Games, qualified for the 1976 Montréal Olympics (shown above during the 800m freestyle relay that set a world record), and later made the USA Olympic Swim Team that never participated.

His love of distance swimming never wavered as he approached the ripe age of 30. Given his success in 1972, 1976, and 1980, it made quadrennial sense that he revved up the mileage again in 1984. That year, he trained as best he could in the desert pools of Arizona and entered the World Professional Marathon Swimming Federation circuit. Not surprising himself, Northway enjoyed a remarkable year in 1984 when he won the 32 km Traversée internationale du lac St-Jean in 7 hours 37 minutes and second at the 34 Traversée Internationale du lac Memphrémagog in Quebec, Canada as well as the 24-mile Cabo San Lucas (Mexico) professional race at the tip of beautiful Baja California.

Photo above is by Harry Cabluck of the world record setting American 800m freestyle relay at the 1976 Olympics with Doug Northway on the right with Tim Shaw on left and Mike Bruner in the foreground.

How Hard Is It to Swim a Mile in Open Water?