What’s Going Through Your Head In The Open Water? 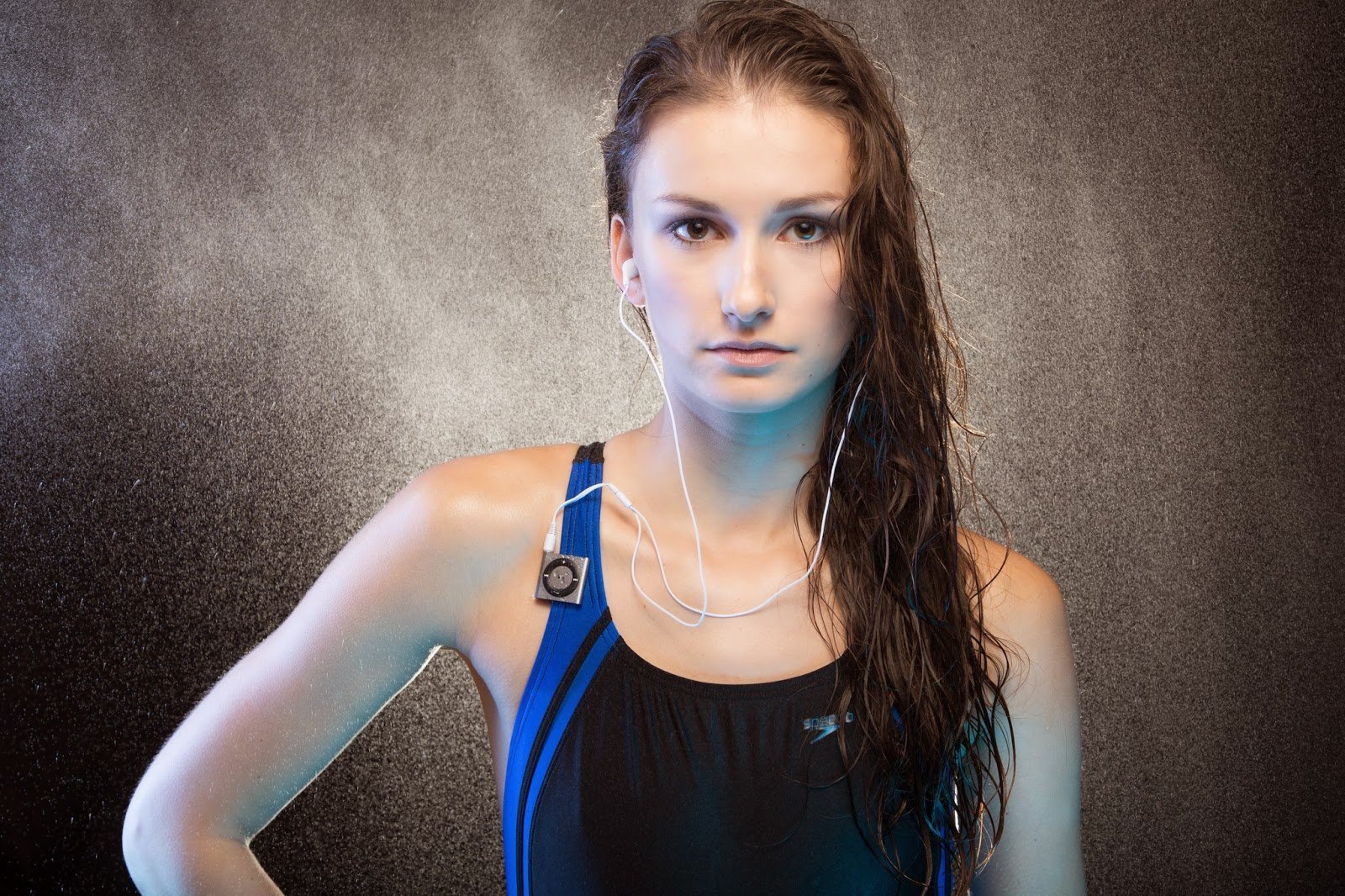 Music in your head is something most swimmers have experienced.

Songs can very easily and quite arbitrarily pop into your head, often without any rhyme or reason.

Kaia Hedlund, president of the Waikiki Roughwater Swim, is typical of many life-long swimmers. “I unfortunately find that the music going through my head when swimming is usually some repetitive commercial jingle which is really obnoxious. That or a medley of Rolling Stones tunes.” Dr. Lyle Nalli, one of the Catalina Channel relay record holders, has the same phenomena happen to him, but with a simple solution. “It is critical not to get bad songs in your head, so I don’t listen to the radio before a swim.”

Phil White recalls that both Bethany Bosch and Sarah Thomas were singing songs to themselves while swimming 25 and 50 miles last September In Search of Memphre.

We asked some of the most daring and prolific open water swimmers from around the world how they deal with songs running through their brains:

Daily News of Open Water Swimming: If you were going to do a long training swim and had to listen to one song throughout, what would that be?

Carina Bruwer-Pugliese, a renowned channel swimmer from South Africa who is also the owner and Executive Producer of the award-winning instrumental pop group Sterling EQ: Ideally a song with good harmonies and some meaningful lyrics, if it’s a vocal song. I’m a musician so it’s a bit of an occupation hazard – I tend to be very critical and don’t want to be stuck with an average song!

Nuala Moore, the renowned Irish ice swimmer with the Irish Long Distance Swimming Association: I enjoy Meatloaf’s Paradise by the Dashboard Lights and Bat Out of Hell for long swims, and a Shaggy’s Hope when things are tough.

Vito Bialla, founder of the Night Train Swimmers in California: Dire Straits’ Sultans of Swing in my head or Das Boot if it gets dark.

Darren Miller, Oceans Seven swimmer: My favorite song that keeps me motivated is Forever by the Dropkick Murphys. The song inspired my non-profit, Team Forever, as well as the Forever Fund at the UPMC Children’s Hospital of Pittsburgh. It has always reminded me of my grandmother who taught me the value of volunteer work, and why it is vital to give back to a society that needs us now more than ever. Gives me the strength to never give up as a visual.

Wayne Soutter, channel swimmer and team leader for The EC6 Team: The Black Eyed Peas’s I Gotta Feeling. The reason I like this is that I hummed it on my English Channel as I swam into the dark thinking that “…tonight is going to be a good night…”

Lynn Kubasek, channel swimmer and observer: Probably Police’s Sychronicity 2, the one with the Loch Ness Monster reference. It has a kind of urgency suited to 1-2 mile races. 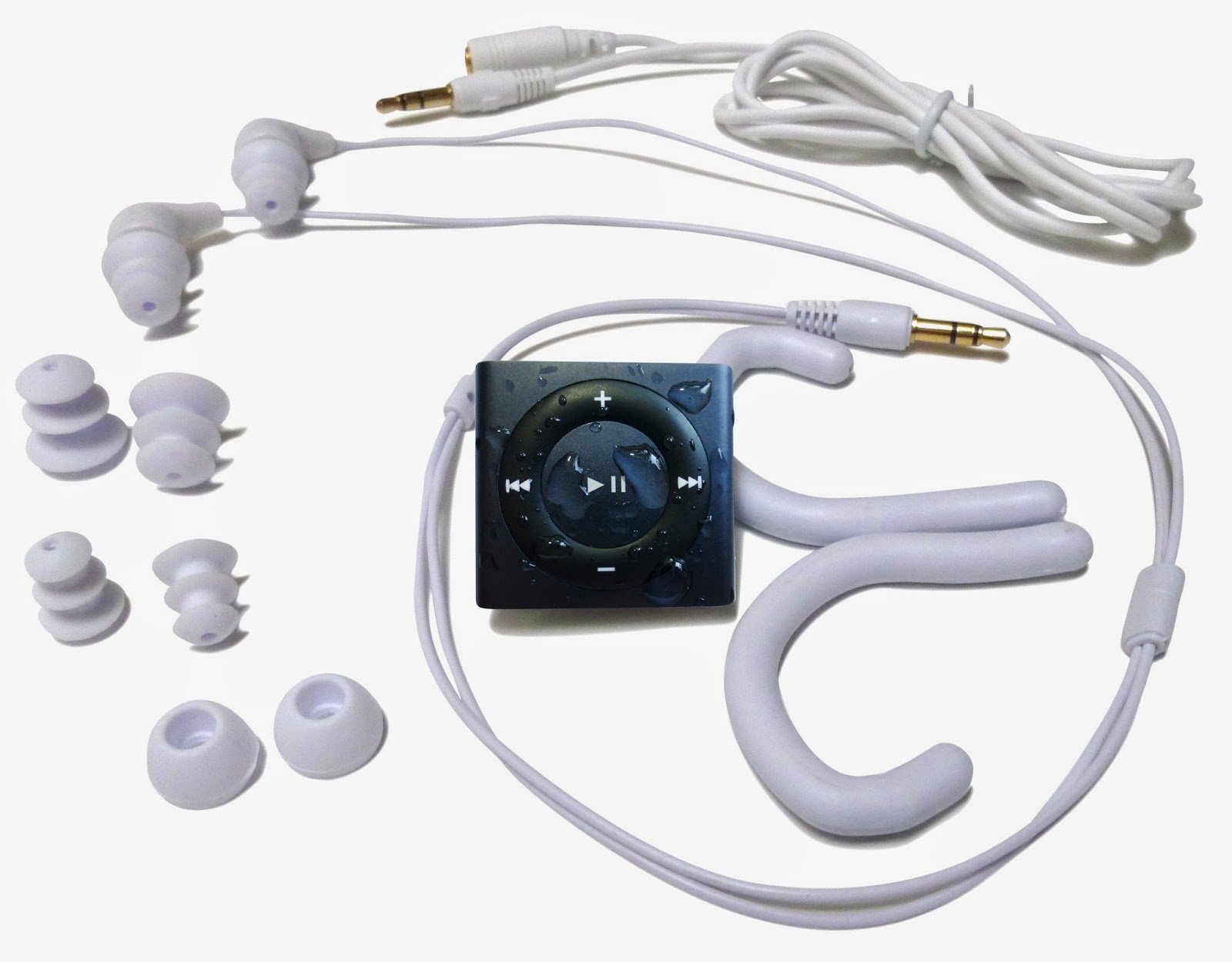 Daily News of Open Water Swimming: What is your favorite song to listen to before you start a race or a long solo swim?

Carina Bruwer-Pugliese: I actually prefer the sound of silence when it comes to focusing on a swim. Again, being a musician means I have music around me almost constantly and it usually doesn’t have a recreational nature. I tend to analyse it to death and my brain processes it in a very particular way. As is the case with most of us swimmers, to some degree at least, I try to escape when swimming, so I’m happy to have some quiet time. That being said, music can have a very calming effect which can probably put to very good use when waiting for the clock to start. I kind of like the nervous anticipation though!

Michael Miller: Walk by Foo Fighters, The Middle by Jimmy Eat World, Love Don’t Die by The Fray, or Come Around by The Transplants.

Darren Miller: Either the theme song to the Last of the Mohicans or theme song for Gettysburg. Both songs are very powerful, and visually remind me of charging into a battle.

Wayne Soutter: Eminem’s Lose Yourself. I love the sentiments of the first words, “Look, if you had one shot, or one opportunity to seize everything you ever wanted.”

Daily News of Open Water Swimming: Was there one song that stuck in your head during a training or actual swim…and it was annoying?

Carina Bruwer-Pugliese: Too many to mention. Sometimes I would have only part of a song in my head, and no matter how hard I try, I can’t seem to get rid of it, or at least move on to the subsequent section of the song. Sometimes it is literally one phrase playing over and over. And over. In the end I just embrace it; no use fighting it. I still remember on my first Cape Point swim in 2004, I was playing in the orchestra for Phantom of the Opera, and the song Point of No Return was playing over and over in my head during the swim. I mean, really?!?!

Michael Miller: Any music that is NOT hard-hitting rock ‘n roll.

Dr. Lyle Nalli: Uggg, just thinking of it is already annoying, Shine Me.

Grace van der Byl: Not really, I can tune out to the sound of myself swimming pretty easily.

Darren Miller: Yes. During my first marathon swim, Tampa Bay in 2010, I had Church on Sunday by Green Day on repeat for about 6 hours. Although I normally enjoy the song, it drove me crazy when I could not seem to shake it from my thoughts.

Wayne Soutter: Rudolph The Red Nosed Reindeer…somehow I started singing this in August on a swim and it drove me nuts, but I couldn’t stop singing it.

Lynn Kubasek: In the 1980’s, what was that awful Wang Chung ear-worm? Yuck, equally as bad as Shiny Shiny.

Daily News of Open Water Swimming: Are there any particular group of songs that you enjoy thinking about when you swim?

Carina Bruwer-Pugliese: I might be slightly prejudiced but yes, Sterling EQ’s songs are on the favourites list. The fact that I know it so well, helps, as I can literally “play” the song from A to Z – and I know how many minutes I’ve “killed”!

Michael Miller: On my iPod, I have a set list of 22 favorites, the list is called “Mental Advantage”, I know them by heart.

Dr. Lyle Nalli: Ones with a backbone of good rhythm such as Low Spark of High Heel Boys, Gimme Shelter, Every Picture Tells a Story, Looking Out for Number One, etc.

Grace van der Byl: Just classic rock. I’ll start thinking of a song and sometimes get through the album while I swim, most recently Rumors album by Fleetwood Mac.

Darren Miller: Broken Hymns by Dropkick Murphys, Nothing Else Matters by Metallica, and Within A Mile of Home by Flogging Molly.

Lynn Kubasek: Whatever is my current favorite mix on Spotify.

Daily News of Open Water Swimming: Do you think about music when the water is rough or the race is fast?

Carina Bruwer-Pugliese: Yes, often music is my saving grace when I’m struggling because of rough water, currents, or hypothermia. When I manage to get my mind into a musical zone, my rhythm settles and the pain becomes secondary.

Michael Miller: Rough water gets easy due to my music sets.

Dr. Lyle Nalli: No. Music to me is mostly for the long-haul swims.

Grace van der Byl: Nope, I love to do both so I let go of the music and soak in the moment of either fast swimming or rough conditions.

Darren Miller: Every Lasting Scar by Hatebreed, Fueled by Anthrax, and Hanger 18 by Megadeth.

Wayne Soutter: No, don’t think about music, I focus on not swallowing sea water.

Pam Lazzarotto, coach and swimmer: Actually, I prefer to swim without music. I like to pay attention to the elements especially in the ocean. But I do tend to crank up the music to and from a workout…and it’s usually high energy stuff, nothing relaxing.

Lynn Kubasek: Always, in rough water, the music is a buoyant beacon. If I don’t get the music down, my stroke falls apart and then I am happy to finish.