When the Aging Mavens (captained by C Misa Sigiura) met the Aquaholics (captained by Jeannie Naughton) yesterday at the 37th annual Trans Tahoe Relay, there was a whole lotta fun.

The 10-mile Olympic Club Trans Tahoe Relay is a unique open water swimming competition across Lake Tahoe from the state of Nevada to California. In 1976, Olympic Club members decided to challenge each other to a team race across the width of the northern part of Lake Tahoe, up at high altitude in the Sierra Nevada mountains. Soon after, other clubs were invited and the history of the event was shaped.

195 teams entered this year’s race that was held under greater-than-expected, boarding on the nearly-perfect conditions.

Grace van der Byl was ecstatic, “Tahoe was awesome. I felt great. It is so fun to just race for your friends. For fun. For your team. Love it. With the air was in the high 80’s (31ºC) and the water was 64-65 (18ºC) without wind, it was perfect and hard to get the conditions better. The race was run extremely well and they were fast and efficient when it came to getting results out. Trans Tahoe is a quintessential California swimming event and already planning the team for next year.”

3-time Olympic champion and veteran Trans Tahoe Relay veteran Brooke Bennett couldn’t agree more. “The weather and water were beautiful. It was an amazing day to be on the water.”

The team names were as colorful and creative as one could expect from a northern California sporting event. 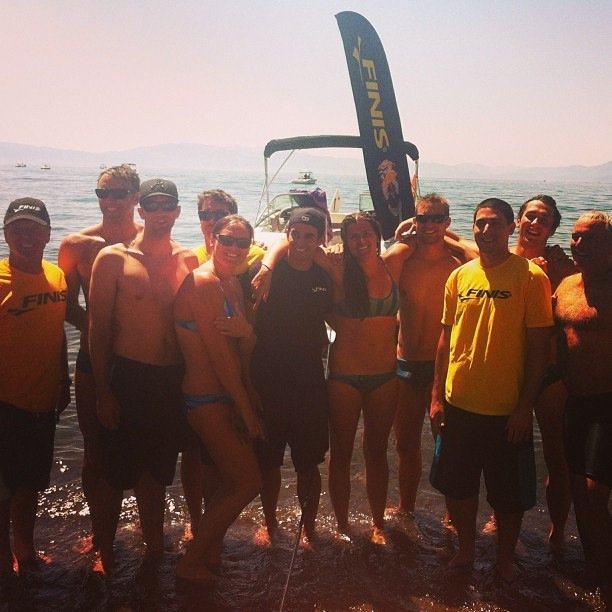