When Almost Is Good Enough 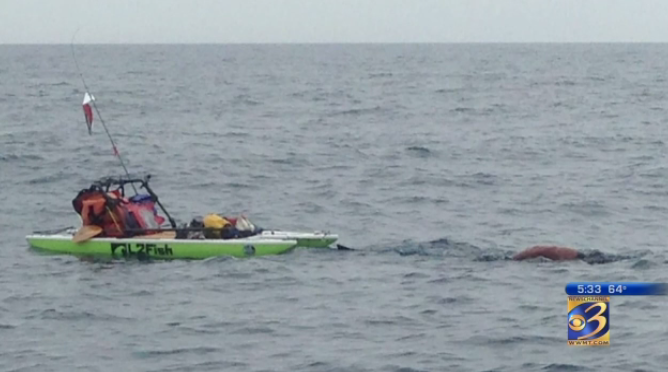 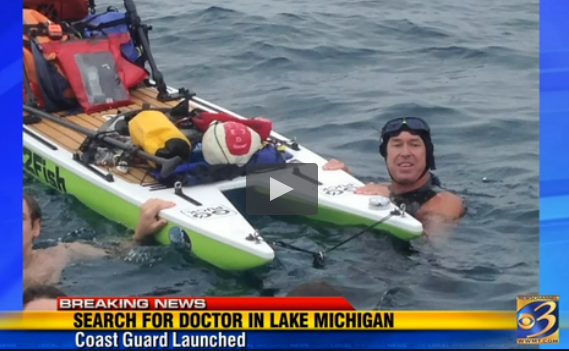 When Almost Is Good Enough

Nothing is more fundamental in marathon swimming than for a swimmer to have an experienced support crew, a suitable escort boat and a knowledgeable pilot. Kayakers, feeders, pace swimmers and a dryland crew are also occasionally part of the marathon swimming package.

But Dr. Chris Lechner ditched all these human elements and stripped down his support to a paddle board, the IOLITE device and a satellite phone on his 80-mile traverse across Lake Michigan.

The hand surgeon from Asheville, North Carolina was attempting to swim solo from Racine Harbor in Wisconsin to Holland, Michigan.

After reportedly up to 95 miles of swimming and at least 48 hours in Lake Michigan, Dr Lechner started to hallucinate.

Alone, dehydrated and exhausted without support in the lake, he was in a distressful, unexpected situation. The Coast Guard rescued him on the first night out on the lake. He admitted to a local television station (NewsChannel 3) that his “head wasn’t right. I would get to what I thought was the shore. I’d look up and the shore would move 20 feet and then I would swim it again and it would move 20 feet.”

After starting on Saturday, the doctor called it a day (and a night and a day and a night) sometime on Monday night, while raising awareness and money for Asheville Community Yoga in its Yoga-thon/Swim-a-thon fundraiser.

Dr. Lechner told NewsChannel 4 that he will not attempt this swim again and cautions people against the dangers of Lake Michigan. See the NewsChannel 4 report here.

More details about the solo adventure swim by Dr. Lechner are posted here.

5 miles to go and the fuzziness of mind is starting to become apparent and the euphoric sense of well-being. I should have been eating and drinking not talking here. I learned my lesson. Posted by Chris Lechner on Friday, August 14, 2015.