When Did GPS Start In The Open Water Swimming World? 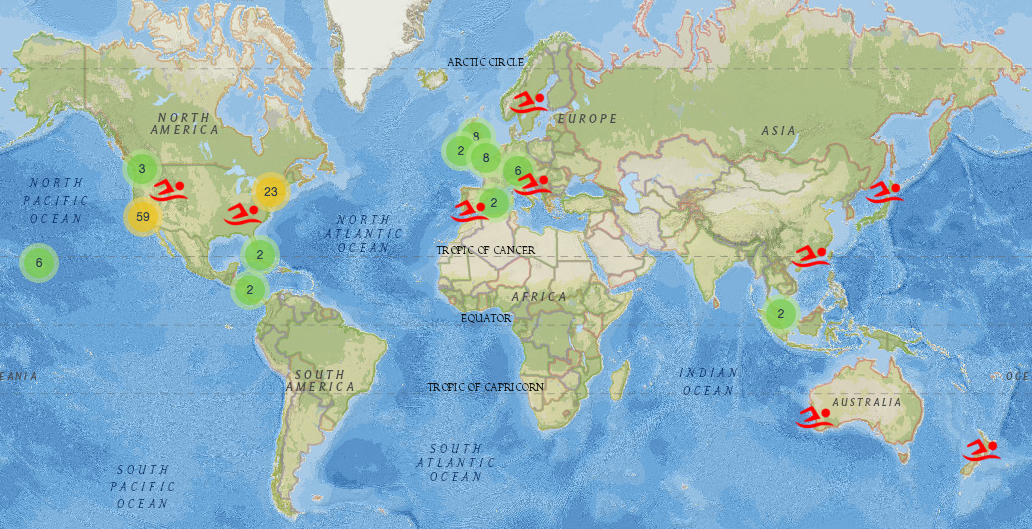 In 1996, U.S. President Bill Clinton recognized the importance of GPS to both civilian and military users. In 1998, Vice President Al Gore announced plans to upgrade GPS with two new civilian signals for enhanced user accuracy and reliability (known as GPS III). In 2004, Qualcomm announced successful tests of assisted GPS for mobile phones and in 2005, the first modern GPS satellite was launched and began transmitting a second civilian signal (L2C) for enhanced user performance.

By the 2020 Tokyo Olympics, a centimeter-scale level of GPS precision based on the Quazi-Zenith Satellite System with a constellation of 7 different satellites and a ground network of 1,200 reference stations will enable precision to be about 1.3 cm horizontally and 2.9 cm vertically.

But we are trying to figure out the earliest use of GPS that guided channel and marathon swimmers and helped map open water swimming courses.

One of the latest applications of GPS in the open water swimming world was recently created by Evan Morrison (see MSF Tracks). MSF Tracks is a global database of open water swimming GPS tracks. It currently has an archive of 132 marathon swims ranging from Hendrik Meerman‘s Round Angel Island Swim in 2011 to Antonio Argüelles‘ Molokai Channel crossing in 2016.

If any swimmer or race director or escort boat pilot used GPS in their open water swims or channel crossing prior to 2010, email Daily News of Open Water Swimming.