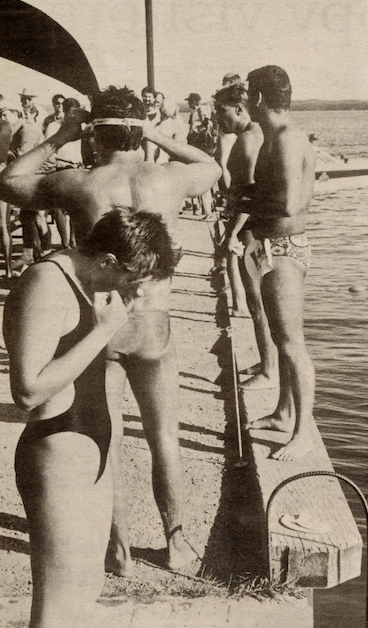 It was not an easy swim.

16-year-old Shannon Brown said, “The race was very hard. I wasn’t very cold, but I was just glad to finish.”

Shelley Taylor-Smith who had been battling bronchitis said, “It was a tough day as I had anticipated. The guys went out really fast and swam a great race and [had] a real fast time.”

The men seemed to more deeply impacted. Degano said, “It was so cold, especially at the beginning. After five hours I was so tired, but I think David was tired too.”

O’Brien said, “I was feeling pretty tired and I had cramps in my legs, but in marathon swimming it is one of the pains you have to go through.”

Streppel who finished behind Degano and O’Brien said, “After Diego passed me, I was more concerned who was behind me than who was in front of me because I was in such bad shape. The cold was something I didn’t expect coming here.”