When Failure Is Not An Option 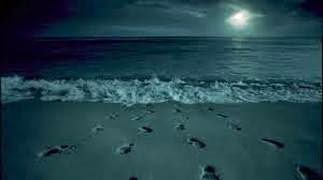 SEALs for Sunshine is a marathon swim by 4 individual Navy SEALs across Maine’s Sebago Lake, a distance of 13 miles.

The quartet’s charity swim is scheduled for August 21st. It is not only a charity swim on behalf of Camp Sunshine, but it also may set the wheels in motion for a future event along the same course.

The goal of the cross-lake swim is to raise US$80,000 to sponsor an entire session at Camp Sunshine in 2015 for military families that have a child facing a life-threatening illness.

Commander Mike, a 1998 graduate of the U.S. Naval Academy and an active duty Navy SEAL for 16 years with 7 deployments to Iraq, Afghanistan and Asia, is an Aide-de-Camp to the Chairman of the Joint Chiefs of Staff.

The commander talks about his upcoming swim after doing a 3-mile swim at Ocean City, Maryland for fun:

Daily News of Open Water Swimming: What inspired you to support Camp Sunshine?

Commander Mike: I have been serving our country in uniform for 20 years. I strongly believe that being a servant is more than just what I do in uniform; it also extends into the community. Camp Sunshine is in my parents’ hometown near Windham, Maine and is celebrating its 30th anniversary as it has served over 40,500 families with terminally-ill children. This years fundraising campaign is aptly named Going the Distance, so I couldn’t think of a better way to support than doing a 13-mile swim across Lake Sebago, where Camp Sunshine is.

Daily News of Open Water Swimming: What drove you to select Sebago Lake?

Commander Mike: Camp Sunshine is located on the north end of Lake Sebago in Casco, Maine. Since the lake is 13 miles long, I figured why not just swim across it.

Commander Mike: Everything is tough to different people for different reasons. Sure we constantly stay in shape, our lives and those of our brothers often depend on it. But being in good shape for battlefield conditions in Iraq or Afghanistan, doesn’t lend itself to being as fit for a 13-mile swim. Still the mental strength transcends one to the other, and at the end of the day that is what sets SEALs apart.

Daily News of Open Water Swimming: How are you working in training for a 13-mile swim with your daily responsibilities as a SEAL?

Commander Mike: Very poorly. I’m lucky to be in a staff position right now, but that comes with its own difficulties. A normal day is 10 hours in the office, and the only available place to swim is a 25-yard pool. Needless to say, training in a small pool is tedious, but character building.

Daily News of Open Water Swimming: Navy SEALs are both cooperative and competitive. Are you four SEALs going to swim together as one team or are you all going to race to see who gets across the lake the fastest?

Commander Mike: Competition drives us to be better, but for this swim we’ll be staying together as a team. No one gets left behind, and no one person gets the glory.

Daily News of Open Water Swimming: The Navy SEALs represent so much for Americans. Few icons in American society are viewed so positively and are seen as true heroes. Does those perspectives place any undue or additional pressure on you during any and all aspects of your lives?

Commander Mike: In short, yes. We volunteered for this duty and with that comes a serious obligation to maintain the highest standards; morally, mentally and physically. This is what we owe the American people. We also have a responsibility to those that have gone before us. An excerpt from our ethos: “Brave men have fought and died building the proud tradition and feared reputation that I am bound to uphold.”

Daily News of Open Water Swimming: Americans view SEALs are nearly indestructible humans. Failure is not an option in this case, is it?

Commander Mike: We are swimming for the children and families of Camp Sunshine. The challenges and struggles they are enduring is harder than anything we’ll face in the water. Just as it is for those kids fighting a life-threatening illness, we will fight through as well. Failure for both of us is not an option.

Daily News of Open Water Swimming: What is your escort team? How many escort boats will be used?

Commander Mike: We’ll have a support boat, 4 kayakers, and a security boat from the Maine Warden Service. We consider this swim a good trial run and hope that an annual race can be made from this. I think there would be a lot of interest in the swimming community for a 13-mile lake swim in Maine. Ideal conditions, no salt water, and in a great location. So we shall see.

* Camp Sunshine is a year-round retreat for children with life-threatening illnesses and their families. The program is free of charge to all families, and includes 24-hour onsite medical and psychosocial support. Bereavement groups are also offered. For more information, visit SEALs for Sunshine.