When Failures Ultimately Lead To Successes 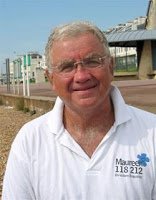 As swimmers, coaches and escort pilots were stretching their imaginations, Kevin Murphy did the first three-way attempt in 1975. Although he was credited with only a 36 hour 3 minute two-way crossing, he actually swam for 52 hours 30 minutes on that attempt and was involuntarily pulled out. “It was my best ever swim – which is odd really because it ended in failure. I do like to think it moved the goalposts and proved that a three-way could be done, but it took the likes of Jon Erikson, Philip Rush and Alison Streeter to do that.”

A one-way led to 37 two-ways that eventually led to 3 three-ways. The evolution shpws how the physical endurance keeps improving and the possibilities imagined by channel swimmers keeps expanding.