When A Shark Interupts A Channel Crossing 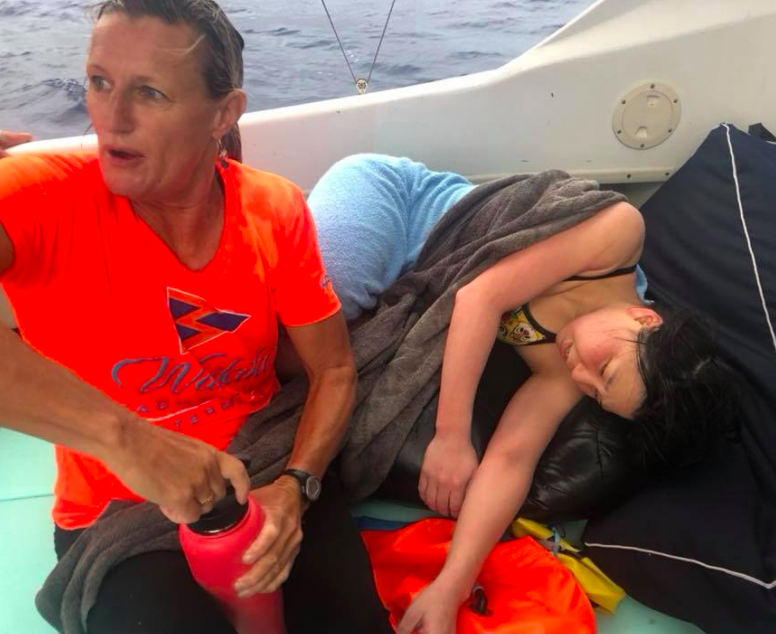 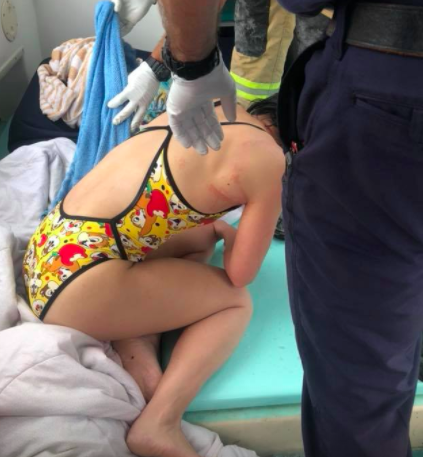 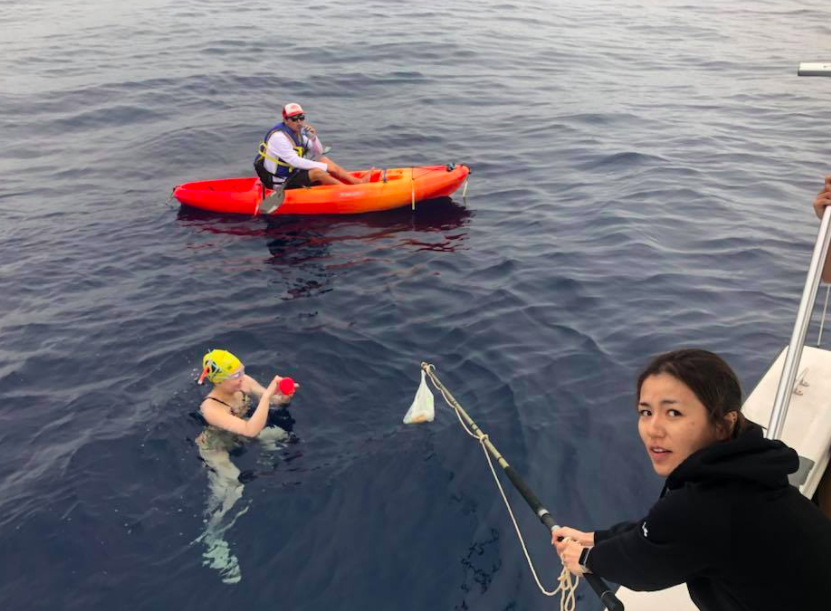 Hiroko Ashikawa, the first Japanese swimmer who is attempting the Oceans Seven, was very lucky to have Australian Shelley Oates-Wilding as her escort kayaker. Very lucky.

During Ashikawa’s solo swim attempt across the Molokai Channel from Molokai to Oahu on April 1st, she was escorted by her Japanese coach and an experienced veteran escort team including Chris Harmes, Mike Scott, Oates-Wilding and pilot Michael Twigg-Smith.

Her first problem was a bad sting by a Portuguese man o war only 7 km into her 42 km swim. But she swam through the evening, pitch darkness of the late night and into the morning daybreak. 12 km from her anticipated finish on Oahu, she was hit by another jellyfish and was in pain.

But around 6 am, a oceanic whitetip shark came into her escort team’s view. It swam close and headed toward her and Oates-Wilding who was her kayaker at the time.

“When the shark came at my kayak, I tried to spear it with my paddle,” explained the veteran kayaker about her natural instinct to keep the shark away. “But the shark was just out of reach as it came by a second time.

We ended up slowly flipping the kayak when I jabbed at the shark on the right side as it took off to the approaching escort boat. So we had to decide if we should turn the kayak over and get back on it or just swim to the boat. The crew was calling out to us, but it was over by then. We quickly righted the kayak and I put Ashikawa on the front where she had [more] room.

During the first encounter, I asked Ashikawa to get on the back of the kayak, hoping the Shark Shield would keep it away from us.

But he came at the front side and I believe the Shark Shield worked as it should while floating off the back of the kayak.

But then we were without any paddle so we used our hands to get to the escort boat.

Even after this scare and close get-away, Ashikawa is planning to make a second attempt at the Molokai Channel. She asked that Oates-Wilding, an internationally recognized kayak coach, escort her the whole way on her second attempt.

Oates-Wilding was heroic and thoughtful in her actions throughout the encounter. Her composure was the result of many years out in the ocean and among marine creatures. “To be honest, I had thought about what I would do many, many times before this crossing in the case of a shark encounter. I coach on the ocean every day, I dive with sharks, and I do not have a fear of them, but a definite respect for them.

We felt this shark had been circling us for a while. The way the shark was moving made me feel that it had been swimming around her for a while and felt her distress from the jellyfish stings and fatigue.

She had fed and maybe the shark felt this was the time to find something that would not put up a big fight?

We had just changed out the Shark Shield (which runs on battery) and Ashikawa had just stopped for a rest because she was in pain [due to the jellyfish stings]. I discussed with her coach about her opinion of Ashikawa’s condition. We both felt that Ashikawa was very mentally strong. Even with the clear pain and distress in her face and limbs [where the stings were visible], we felt that she could make the crossing if we kept close to her and talked to her the whole way

The escort team had just switched out the Shark Shield and Oates-Wilding was coming from the right side of the boat while Ashikawa was treading water on the left side of the boat. The boat re-started and set out ahead of Ashikawa to guide her. Oates-Wilding described the situation, “I was about 5 meters from her and the Shark Shield was about 7 meters from her when she looked up at me and yelled “shark”.

Then she started to swim towards me.

I saw the shark under her.

I told her to get on the back of the kayak as the shark surfaced on my front right side. I reached out to spear it, then it swam out of reach

The crew had two different kinds of shark protective equipment. They had used the Shark Shield for the entire swim until they switched out for the eSharkForce device which has about a 2-3 meter protective ring.

But the shark came back closer on its next encounter. “This time, I felt like it was coming in to knock us off so it could eat. I was even more in the zone on the second encounter and I was able to hit it with my paddle. Then it quickly swam off [and away from Ashikawa].”

But that is when Oates-Wilding and Ashikawa flipped the kayak. “She tried to get her legs up on the kayak. We heard the others on the boat telling us where the shark was.

At that point, I was thinking of all [our] limbs. To be honest, I did get myself on very quickly first because I knew that I could pull her up quicker rather than having us both try to get on at the same time. We were both super quick and all was well
.”

Her crew recalled that Oates-Wilding had been in for some time and she was supposed to switch with the other kayakers after her 4-hour shift, but the team decided for Oates-Wilding to stay in. “I am glad I was there. Ashikawa was amazing the whole time. Her pain from the jellyfish stings must have been excruciating.

After we were on the escort boat, the shark was still in the area swimming at the surface. But it was really clear and easy to see when the shark was right next to me. Its white tips were really bright on its side fins
.”

Ashikawa was taken to the hospital to treat her stings after they reached shore, but her determination was clear.

“I really cannot wait to escort her again,” said Oates-Wilding. “We have about 14 more [Molokai Channel] attempts this year and I am honored to be part of them. It is an amazing experience being on the ocean like that, helping someone live out their special dreams.”

For the original report of Ashikawa’s crossing, read here.