When Sherpas, Yaks Are Necessary For The Open Water 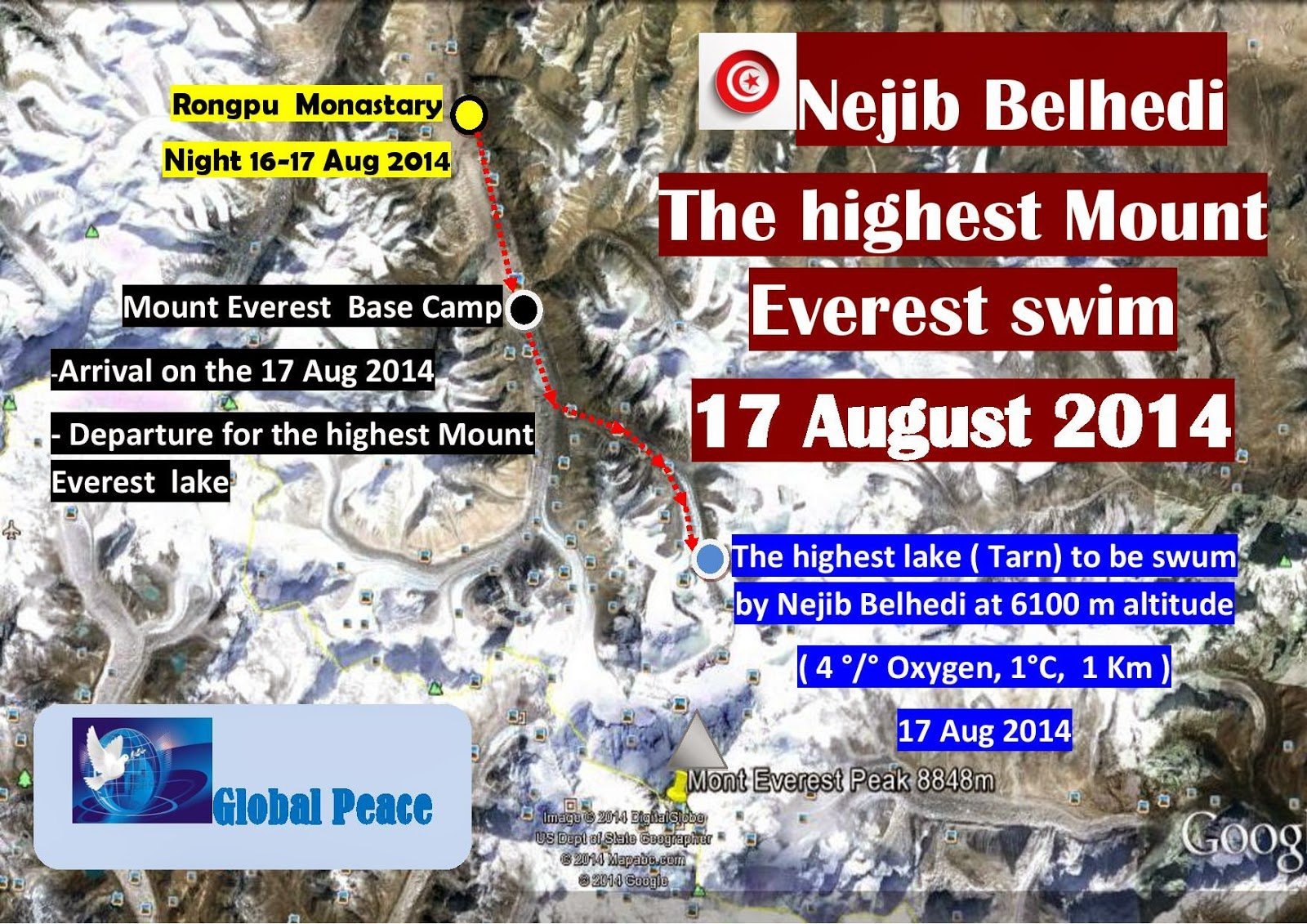 It is a tall order.

The Nepal New Generation Trek and Adventure support team is composed of 4 Nepalese climbers who specialize in logistical support and rescue operations on Mount Everest. “The logistical team is well-equipped with rescue gear, food and encampment material and will also have 1 Sherpa guide, 2 yaks, and 2 safety divers for the swim,” explains Belhedi.

“The Nepal New Generation Trek and Adventure also ensure all the required administrative procedures to enter to Tibet as well as the coordination with the authorities in Tibet including the Chinese Army, tourism agencies, the police, and the Tibet Mountaineering Association. In case of a medical emergency, an evacuation plan is prepared.”

Belhedi will swim in the highest lake in Mount Everest, a tarn that fills during the raining season by the melting ice. This tarn is located at 6100m on the Tibet side Mount Everest’s North ridge. There, the climate is extremely hostile for open water swimming. Besides the high altitude, the average air temperature does not exceed 5°C during day hours in the summer and it is often windy and cloudy. “The swimming challenge will be that I am attempting a 1 km swim in water temperature just 1°C.“

Lewis Pugh is the only other individual in history to have attempted and completed a swim on Mount Everest. In May 2010, the British Honour Swimmer in the International Marathon Swimming Hall of Fame completed a 1 km swim at 5200m altitude in Lake Pumori on the Khumbu Glacier on the south ridge (Nepal side) of Mount Everest.

Belhedi will not use a neoprene wetsuit or swim cap. Tataina Ostanina from Russia will serve as his observer.