When Shipwrecks Ultimately Lead To Swimming 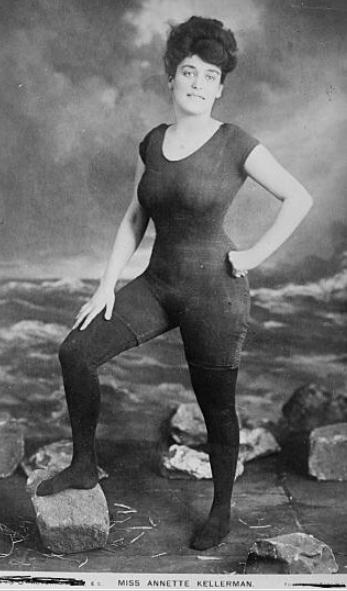 Graph courtesy of Atsunori Matsui of Naruto University of Education that shows how the number of drowning deaths is irreversibly correlated to the increasing percentage of schools with swimming pools in Japan.

When a disaster hits a city of a country, sometimes politicians and residents are deeply moved and sufficiently motivated to make fundamental changes or invest money in order to avoid the same disaster in the future.

Two shipwrecks on opposite sides of the world led the United States and Japan to instigate profoundly significant aquatic changes for the benefit of its society.

The fires aboard the General Slocum steamboat in New York Harbor led to the death of an estimated 1,021 of the 1,342 people on board – mostly girls, mothers and grandmothers – who died.

While the outrage was immediate and the bodies of the victims washed up on the shorelines for days, the fact that the commonly-worn heavy clothing and that swimming was not taught during that era complicated a bad situation and made it much worse [see account in the New York Time here].

As a result, politicians and school administrators recognized swimming as more than sport and fun.

Meanwhile, Annette Kellerman [shown on left] had gradually made a name for herself with all kinds of channel and river swims from Australia to Paris, including the first attempt by a woman to swim the English Channel in 1905. Although she failed three times to successfully cross the Channel, she found her way to success in other venues. By 1907, the International Marathon Swimming Hall of Fame Honour Swimmer had taken up the cause for teaching girls and women to be taught how to swim. In court in Boston, Kellerman argued her position, “Don’t women have the right to save themselves from drowning when men aren’t around to protect them? Then how can we learn to swim wearing more material than you hang on a clothesline?”

Eventually, Kellerman help popularize swimming among her gender that culminated in many learning how to be safe in the water.

Decades later in Japan in 1955, the Shiun-maru ferry sunk after colliding with the Uko-maru ferry in a thick fog. Among the 168 people who died in the waters of the Seto Inland Sea, 100 elementary and junior high school students drowned.

Their deaths ultimately led the Japanese government to start a nationwide program of building pools and teaching swimming in public schools. Because most schools did not have a swimming pool on campus before the 1960s, Japan went on a pool building spree with over 86% of elementary schools, 73% of junior high schools and over 64% of high schools with pools with mandatory swimming instruction in school.

As a result, Japan has very successfully decreased the number of its drowning tragedies with the swimming policy [see graph above].

So while the drowning deaths of young and old were undeniably tragic in New York and Japan, the result of teaching swimming have long resulted in many, many others gaining the knowledge and ability to swim themselves.