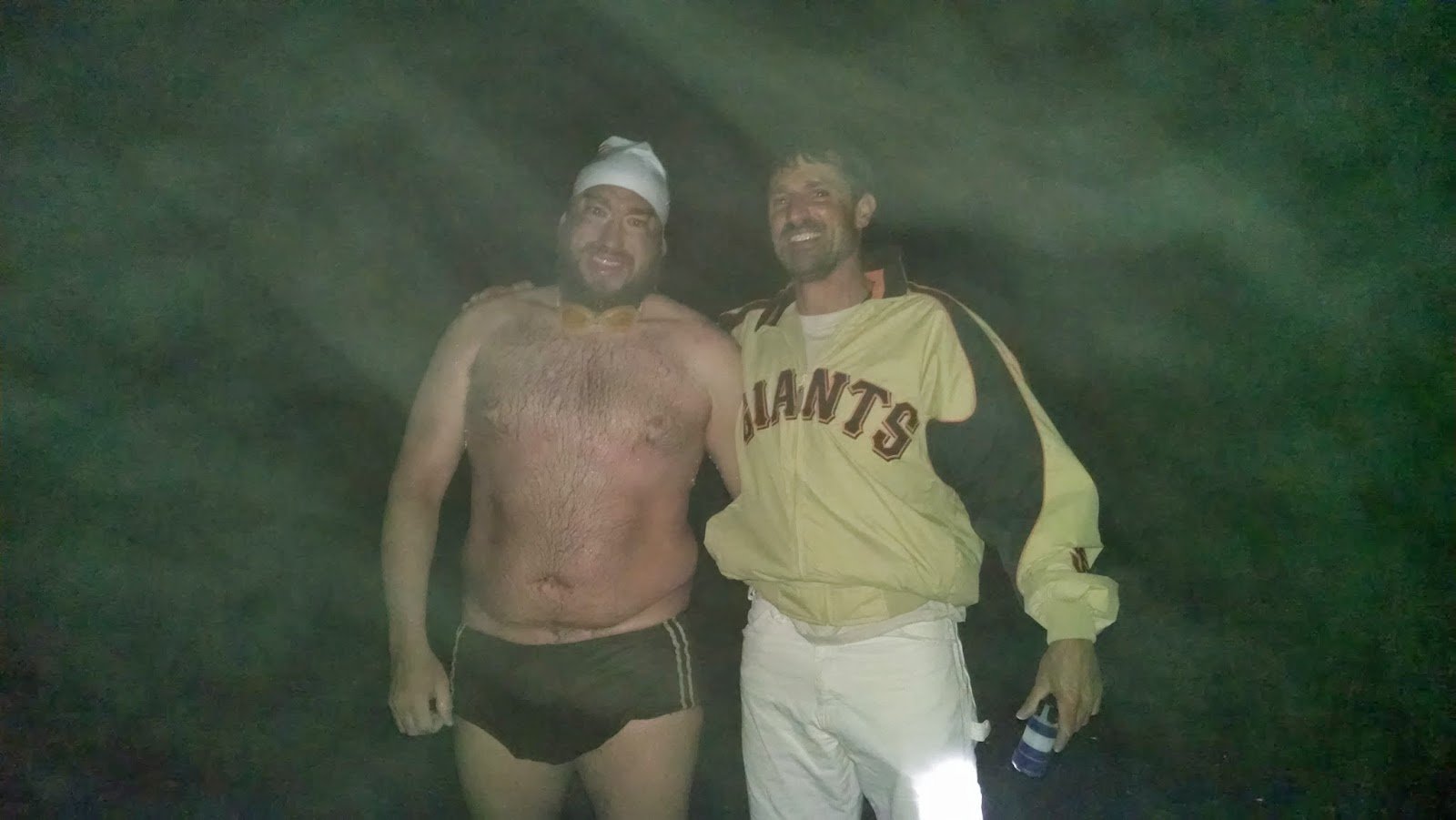 In the 20th century before the integration of GPS technology in channel swimming and marathon swimming, there were more than a few occasions when swimmers crossed a body of water guided by the headlights of cars parked on the shoreline.

As night feel and darkness reigned, the lights of a car served as beacons for escort pilots and their swimmers from Hawaii to lakes in Canada.

GPS and technologies like the SPOT Tracker of the 21st century have now replaced the headlights of cars of the previous generations. Yesterday’s 15 hour 46 minute swim by Craig Lenning from the Farallons Island to Muir Beach on the California mainland was a brilliant example of the use of these technologies and how its utilization can make the world a smaller place.

Dolphin Club member Darcy Blake Wettersten had been following Lenning’s struggle against the elements as his planned course to the Golden Gate Bridge was aborted due to a lack of a flood tide and a heavy fog. Wettersten emailed her friend Jonathan Rauh who lives in Muir Beach when she saw Lenning headed towards the idyllic cove north of the Golden Gate Bridge. Rauh ran from his house down to the beach to see what has going on. Rauh was honored to be one of the few people in the world to observe Lenning’s crossing and finish first-hand. “I was the only person on the beach. I brought a flashlight and shown it out to him and his swimmer who swam with him from the boat to the beach. Craig said the light really helped.”