When Three Became One 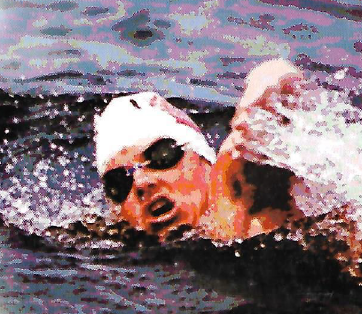 When Three Became One

Grandisson competed in the era when three professional marathon swimming governing bodies came together and unified the world of cash-giving races. “It was a unique time in open water swimming history when far forward thinking leaders of the sport across the globe came together in the spirit of collaboration and cooperation.

They held the best interests of everyone involved – including and especially the athletes and race directors – at the forefront of their actions and goals
,” recalled Steven Munatones.

The International Long Distance Swimming Federation (ILDSF) was formed in 1954 by the promoters of professional marathon swimming competitions. Its aims were to coordinate and protect the interests of promoters and to stage an annual Professional Marathon Swimming World Championships. The annual ILDSF Professional World Championships were held over a course from the Island of Capri to the Bay of Naples. On 17th of July 1991, the ILDSF was incorporated into the International Marathon Swimming Federation.

The World Professional Marathon Swimming Federation (WPMSF) was founded in 1964 by those swimmers and trainers who took part in most of the professional marathon swimming events. Its objectives were to protect the rights of professional marathon swimmers and to improve the conditions and prize money at professional swimming competitions. The WPMSF awarded its members points at recognized competitions and from these points had an annual Champion. In the 1980’s, the WPMSF had its own World Championships at the Atlantic City Marathon. On 17th of July 1991, the WPMSF was incorporated into the International Marathon Swimming Federation.

The International Marathon Swimming Federation (IMSF) was formed at a meeting of promoters and representatives at ILDSF and WPMSF and other participants. Its basic objectives were to ensure that the proposed World Series for Marathon Swimming recognized the rights of existing promoters to be a part of the World Series and to ensure all swimmers who had competed in “professional” competitions in the past had the right to participate in the World Series. Mr. Lello Barbuto, President of the ILDSF, was elected as the spokesperson for the new IMSF, pending a meeting to elect officers and confirm a constitution.

In addition to the promoters and race directors above, Diego Degano of Argentina (athlete’s representative), Shelley Taylor-Smith of Australia (athlete’s representative), Marcelo Micocci of Argentina (representing the Maratón Acuática Internacional Santa Fe – Coronda), Jim Whelan of the USA (representing the Atlantic City Around the Island Swim), and Tom Hoad of Australia (who served as Chairman of the FINA 6th World Swimming Championships in Perth in 1991) attended the July 19th 1991 meeting in Magog, Québec, Canada.