When Weather Slowed Darren Miller Down, But Not Out 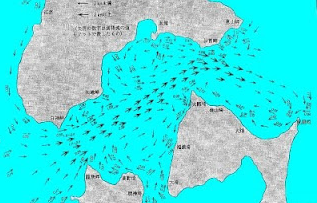 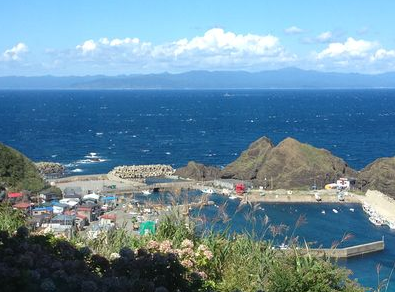 While he was planning on a 6-8 hour crossing between Honshu and Hokkaido in northern Japan based on his speed and track record in channel swims around the world, his swim eventually took him 15 hours 55 minutes – or effectively a nearly 50-minute pace per kilometer.

Miller explains, “Northern Japan was almost mythical, as the environment surrounding the Tsugaru Channel was a habitat that seemed unchanged for thousands of years.

The Sea of Japan was the toughest water I had yet to face, as the majority of the 15 hour 55 minute journey went through 2-3 foot surface chop. This swim was the most difficult of the Oceans Seven because I was expecting about an 8-hour swim, and it turned out to be double. As the final hours crept by, I was not making any progress, as I was only paralleling the shoreline. The water temperature dropped, and I had to sprint for two hours at the end
.”

What Miller faced was a perfect storm of problems during his crossing in the Tsugaru Channel.

“Darren started off well. He was swimming strongly and steadily in the first half of the channel – he was right on pace,” recalled Steven Munatones of the Tsugaru Channel Swimming Association. “His brother was doing the feeds and cheering him along. The sun was out and the marine life was seemingly non-existent at the surface. We could see deep down in the navy blue waters of the channel and Hokkaido, the northernmost island of Japan, seemed to get closer and closer with each feeding.”

But then the winds shifted – as seemingly did the direction of the Tsugaru Current that runs west-to-east from the Sea of Japan to the Pacific Ocean. “Darren’s course direction was directly – and negatively – impacted by the winds and Tsugaru Current.

As he crossed into the second half of the channel, he started to get caught in a huge eddy. His escort pilot, Captain Mizushima, said the eddy was caused by the topographical features of the coastline in Hokkaido as well as the features of the sea floor. When the massive amount of water flowing along the Tsugaru Current reflected off the curving coastline, Darren was swimming against a dynamic force in which he had no choice.

Even if he would have doubled his swimming speed, he may have not been able to escape the grip of the swirling eddy. So as he started to approach one portion of the coastline, he started to move parallel along the coastline – and then away from the coast. It was so frustrating to him and his brother.

He could see the shore – and then it started to move away from him, even though he was swimming as fast as he could

And the eddy caught him within the coldest waters of the channel. The channel drops to over 200 meters not far from shore. “He was frustrated because he was swimming fast and moving away from shore into increasingly colder waters. How he hung on was simply a matter of his willpower and desire to finish what he had startd.”

Miller started after sunrise at 4:10 am in July 2012 in the 68°F (20°C) water that warmed up to 70°F (21°C) as the sun rose, but then dropped several degrees as he was swept right to left and left to right over the last several hours of the crossing. “I have never been in anything like that. It was tough.”

“When Darren missed the cape on Hokkaido, I didn’t think he would make it,” commented his brother Matthew who was on the boat as his chief crew member. “I know my brother is tough, but I was just being a realist, not a pessimist.”

Photo of the Tsugaru Channel that lies 19.5 km between Honshu and Hokkaido in northern Japan is where winds, eddies and the Tsugaru Current are typically and consistently strong.

Photo by Dr. Steven Minaglia shows Tappi Misaki on Honshu in the foreground and Shirakami Misaki on Hokkaido in the background.

The Seikan Tunnel runs underneath the channel and is an excellent course for an optimal channel crossing.