When You Least Expect The Unexpected, It Happens 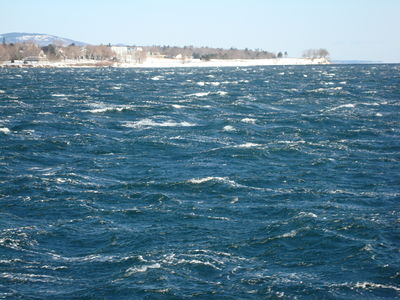 Over the last 48 hours in several open water swims around the world, from Israel to New York, the unexpected happened.

Weather intervened and races were cancelled, distances were shortened, courses were altered, and events were modified.

In some locations, boats were unable to leave docks. In other venues, turn buoys could not be anchored and set. And when the weather turns to the worse, volunteers onshore were shivering and cold like a triathlete without a wetsuit.

When surface chop and winds, rain and jellyfish blooms, pollution and currents, whitecaps and temperatures become unreasonable and increasingly risky, it is the wise race director who immediately shifts gears and goes to Plan A, B, or C. While some of the most hardy and experienced swimmers may grumble, the responsibility of the race director is to oversee the safety of all and in these cases, making judgments on the lowest common denominator (i.e., the slowest, weakest and most vulnerable swimmers) is the most prudent course to take.

Expect the unexpected at all times in the open water.