Where Are They Now? Micha Shaw

Where Are They Now? Micha Shaw

“The first time that I saw Micha train at Golden West College under coach Rick Graves, I thought she had ‘it’,” recalled Steven Munatones.

“The second time that I saw Micha compete in the Huntington Beach Pier Swim, I knew she had it.

She had a deep-seated tenacity and profound sense of purpose and drive – as well as a beautiful, efficient freestyle stroke and an extremely high navigational IQ while racing in the ocean.” 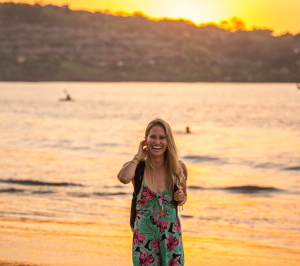 She initially made the 2007 USA Swimming National Open Water Swimming Team in the 25 km marathon swim.

And then she won the 2008 USA Swimming Open Water World Championship Trials in the 10 km with a sprint in the finish chute – but she was passed over in a coach’s choice to represent the USA in the 2008 Beijing Olympics 10 km qualification swim.

Munatones remembered her upset victory – and its aftermath, “Her victory at the national championships in Fort Myers was strategically classic – but completely unexpected – except for her coaches.

They knew she was world-class: her positioning, her drafting and her pacing were spot on – and she outraced the field to win her first national championship at the most opportune time. 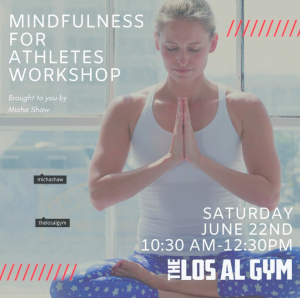 A victory at the national championships normally would have normally qualified her to represent the USA at the Olympic qualification swim in Beijing – the opportunity to become an Olympian.  But that normal selection process was not followed.  The decision by USA Swimming was as devastating for Micha as it was unprecedented.”

But the Alaskan swim star and Southern California lifeguard – who had previously teamed up with Olympian Natalie Coughlin at the University of California Berkeley  – picked herself up.  Over the last decade, she has forged an enviable lifestyle in Southern California as a mother of two, a sports model, a yoga instructor, role model for young female athletes, and a social influencer.

Quite a comeback from the young swimmer from Anchorage, Alaska.