Where Celsius And Fahrenheit Meet 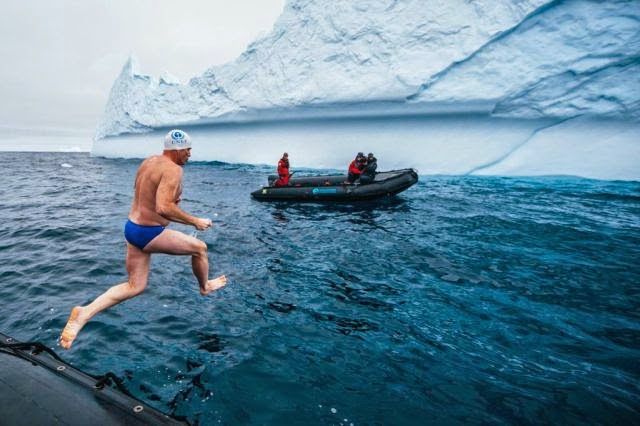 When we calculate water temperatures between Celsius and Fahrenheit, there are certain pairs of numbers that we always remember:

But Lewis Pugh shared with us a point on the Celsius-Fahrenheit scale where the Celsius and Fahrenheit numbers meet:

But how in the world did Pugh understand this numerical meeting of Celsius and Fahrenheit?

When he recently swam in the Ross Sea during his Five Swims in Antarctica for 1 Reason event, he encountered -37°C air temperatures when he was swimming in -1°C water.

While one could easily imagine that swimming in such low water temperatures would be a major issue, Lewis said a major issue was air temperature and wind. “When the waves were coming over me, they would freeze in the air and become solid. When the waves hit the side of my escort boat, they had frozen solid and would crack against the boat.”

Nearing -40°C (or -40°F) is certainly a condition that very few swimmers experience…from the water…in Speedos.