Where Did It All Start? 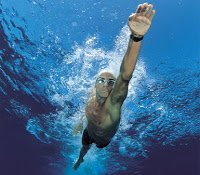 With the 2010 World Open Water Swimming Championships starting in less than a week, we wanted to look back at the history of the world championships.

Then, FINA held its first stand-alone world open water swimming championships in 2000 in Hawaii where athletes competed in warm tropical waters, the birthplace of triathlons.

Under the organization of Sam Freas, the then-coach of University of Hawaii, Bob Duenkel of the International Swimming Hall of Fame, Dale Petranech of the International Marathon Swimming Hall of Fame and Jim Anderson, the long-time race director of the Double Roughwater Swim and a key organizer of the Waikiki Roughwater Swim, USA Swimming welcomed 164 swimmers from 34 countries who competed in 5K, 10K and 25K races in typical wavy, rough conditions off of one of the world’s most famous beaches.

USA Swimming president Dale Neuburger opened the ceremonies and foresaw the future at the opening ceremonies. “There is no better venue for this great event than Waikiki Beach, and there is no better time than now to show the world that open water swimming is growing and deserves to be a part of the Olympic program.”

USA Swimming underwrote television coverage of the event that was broadcast by the Outdoor Life Network which used six cameras, including one in a helicopter, to cover the event.

One remarkable swimmer of the championships was David Meca (shown above) who won a gold in the 25K and 2 silvers in the 5K and 10K to single-handedly lead Spain to an overall second-place finish in the team points standing.