Where The Earth Is Not Flat 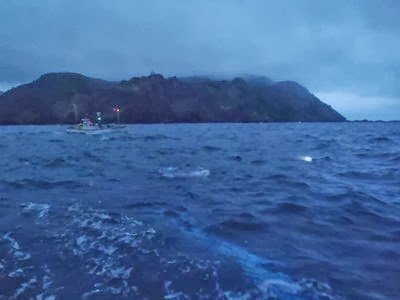 Back in 1988-1989 when we were researching the Tsugaru Channel together with the engineers who helped design the Seikan Tunnel that goes underneath the Tsugaru Channel, we were told that the sea level of the Sea of Japan (on the west side of the channel) is higher than the sea level of the Pacific Ocean (on the east side of the channel). How strange, we thought.

Given that the Sea of Japan has complex tides and generates a fairly fast tidal speed in the Tsugaru Channel (100–200 cm/s), we plotted our course between Tappi Misaki on Honshu to Shirakami Misaki on Hokkaido.

We theorized that success was only possible if we could cut across an expanse of water that could flow as much as 12 meters per minute in a lateral direction that we did not want to go. It was a risky course, but we gave it a shot.

But a more fundamental issue for us who were educated in the American educational system was, ‘Why is the sea level different?’ We were always told that the sea level is the same no matter where we go around the world.

Evidently we now know the real reason why this false American educational factoid is not true: