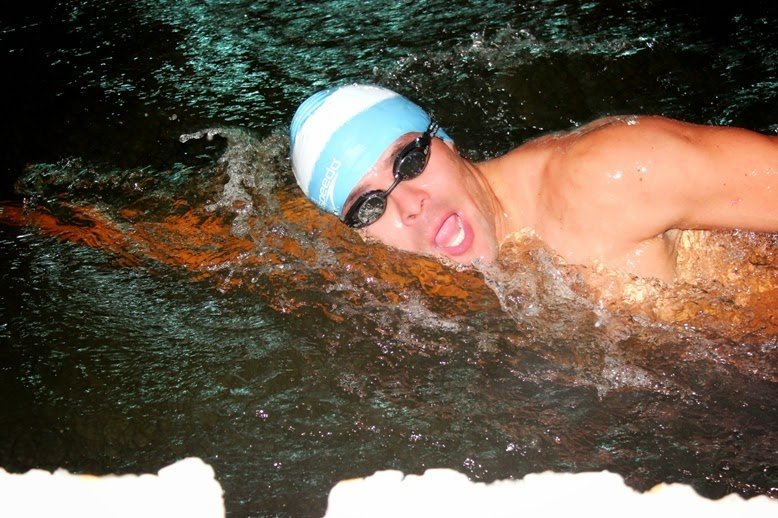 Albert Einstein said, “Logic will get you from A to B. Imagination will take you everywhere.”

When we swim across Waikiki Bay, along Seven Mile Beach in the Cayman Islands, around Manhattan Island, across the Tsugaru Channel, around Port Phillip Bay in Melbourne, off the coast of Cancun, Mexico or Marathon, Greece, it seems logical to swim from point A to point B.

But we think why?

It is so easy to swerve off the straight-line tangent when you are swimming above the reef and start zigzagging along the coral below. It is so easy to get lost in one’s own imagination or meditation about what it going on below with the marine life or just plain nothingness and random thoughts that come and go.

Similarly, it is relatively straight-forward to do a swim that has already been done before. It could be a local open water swimming competition or it could be a bucket list swim like the English Channel or Strait of Gibraltar.

But over the last century, swimmers have been increasingly using their imagination – and maps – to take them to open water bodies of water that have not been crossed or swum before. They have explored – and will continue to explore – unchartered water from Lake Titicaca to Lake Biwa, from bays and canals to gulfs and rivers.

That collective imagination of the global open water swimming community will help the sport grow and prosper in myriad ways that will be exciting to follow over the next century and beyond.