Where Is The Third Spacing On Athletes? 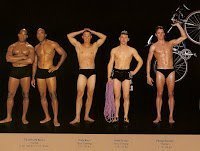 This reminds us of the fact that open water swimmers place themselves in a marine environment that is so unlike every other venue where Olympic and professional athletes compete.

They alone strip themselves nearly bare and compete in a natural environment that can range from extraordinarily cold to extraordinarily warm. It is no wonder that open water swimmers are the only athletes afflicted with Third Spacing. 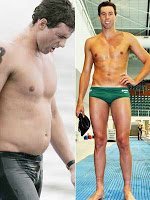 In human physiology, extracellular fluids are distributed between the interstitial compartment (i.e. tissue) and intravascular compartment (i.e. plasma) in an approximately 75%-25% ratio. Third spacing is the physiological concept that body fluids may collect in a “third” body compartment that isn’t normally perfused with fluids.

For example, open water swimmer’s body to appear waterlogged or swollen after a long swim when fluid is trapped in the interstitial spaces in the brain, lungs, abdomen and extremities.

Third spacing can be caused by a loss of electrolytes. In turn, this results in extracellular fluids going out of the blood vessels and into the skin tissue that normally is not perfused with fluids.