Where Mountains Come to Swim 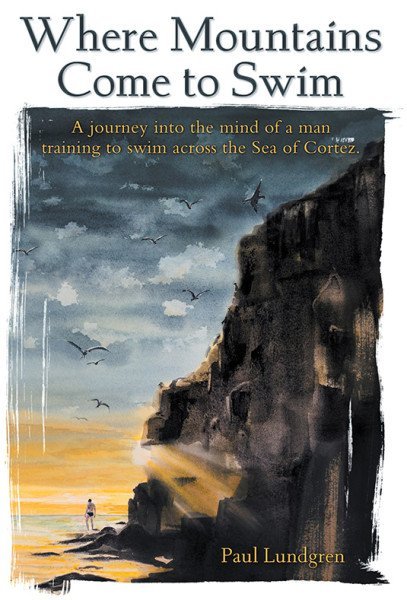 Swimmers traditionally write their books after they complete their swims, from Lynne Cox to Lewis Pugh.*

But American endurance athlete Paul Lundgren takes readers into the depths and insights of his first two attempts at swimming the Sea of Cortez in his new book, Where Mountains Come to Swim.

Lundgren shares the challenges he faced before and during his attempts across the Sea of Cortez in Mexico.

In June 2012, he attempted a 78-mile (122 km) solo attempt to cross the Sea of Cortez. After 24 hours of swimming and only covering 31 miles, Lundgren’s team pulled him from the water.

In November 2013, he started off on another 80-mile (128.7 km) crossing of the Sea of Cortez. After over 20 hours of swimming, he covered an estimated 31 miles but pulled himself due to hypothermia.

As his story in Where Mountains Come to Swim unfolds, the autobiography describes the events in his life that led Lundgren to embark on this adventure in the wild.

For more information, visit here and the reasons for his third attempt at this unprecedented crossing, scheduled later in 2016.

Tags: Where Mountains Come to Swim