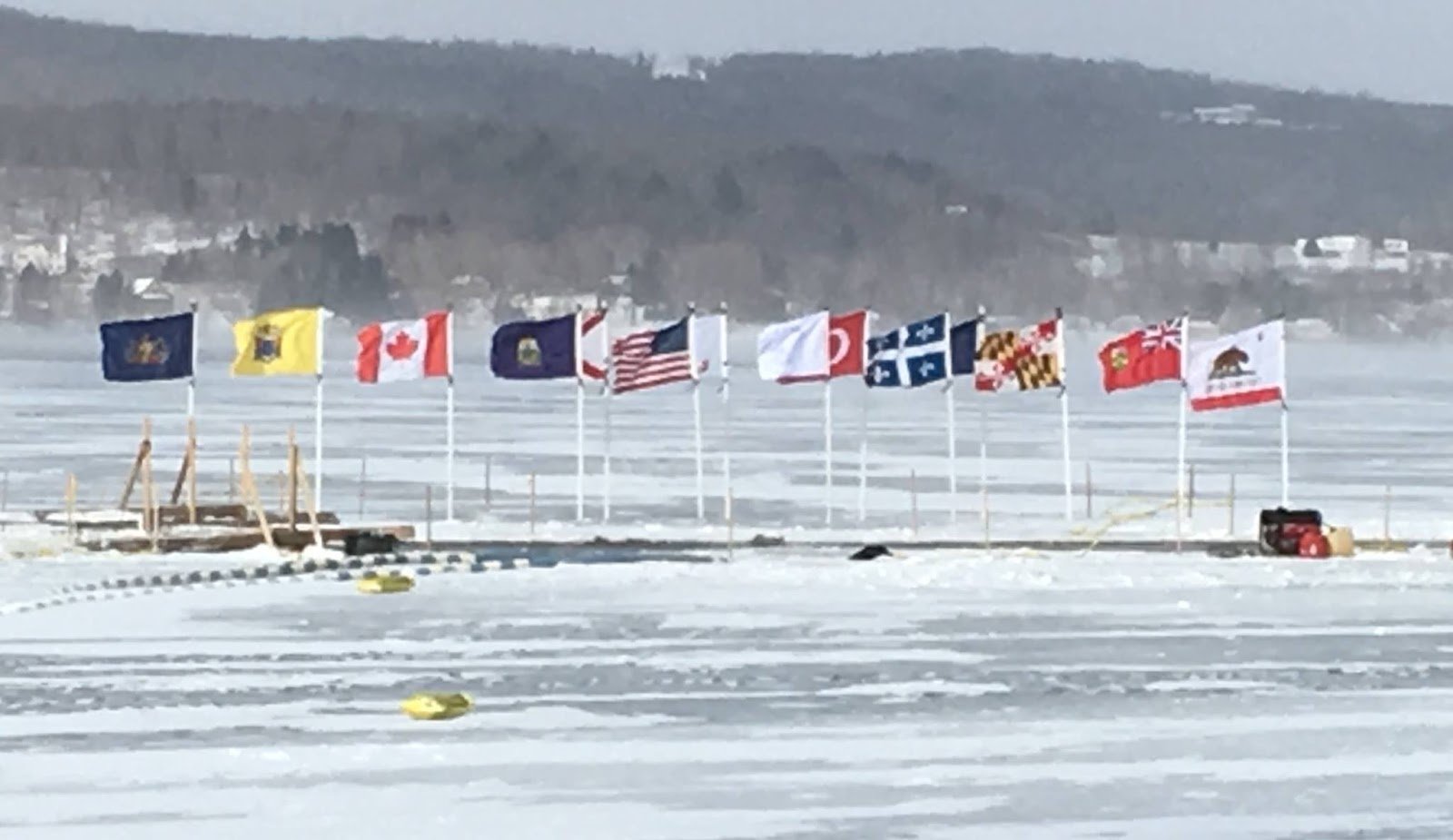 Janet Kylander Manning reports that the water is cold (-0.6°C or 30.8°F) at today’s Memphremagog Winter Swim Festival in Vermont.

“Feels great. The air and wind are crazy cold, with windchill -24°F.”

They will be swimming 25m, 50m, 100m, and 200m events in a 25-meter, two-lane pool cut in the ice by the EastSide Restaurant on Lake Memphremagog. The event is hosted by Kingdom Games and The Eastside Restaurant and is underwritten by Eden Ice Cider, the NEK Tasting Center, and the Ciderhouse Bar & Grill.

For more information on the event hosted and organized by Phil White, visit www.kingdomgames.co.