Who Is Jon Hestoy And How Did He Get To Rio? 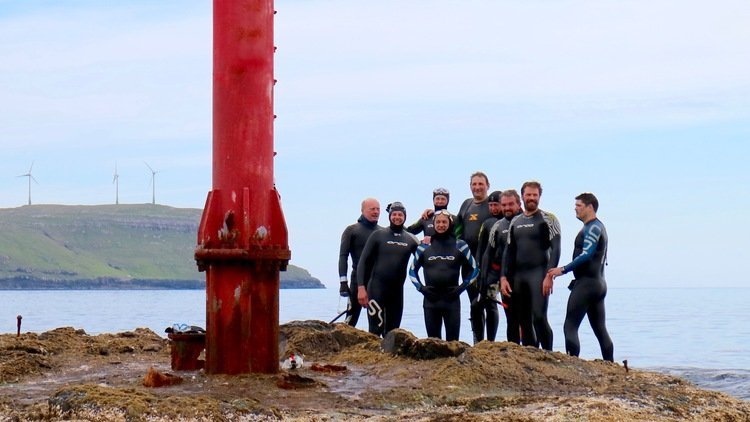 Jon Hestoy is in Rio de Janeiro, a member of the FINA Technical Open Water Swimming Committee. He is responsible for the Olympic 10K Marathon Swim course and procedures along with Christiane Fanzeres of Brazil and Ayman Saad of Egypt.

But how did a man from the Faroe Islands rise to such a position of influence and responsibility?

Quite simply, his love of the open water and the years he has volunteered as the president of the Faroe Islands Swimming Federation. More specifically, his love of ocean swimming in his homeland – located halfway between Norway and Iceland, 320 km from Scotland – has ultimately taken him to Rio de Janeiro where he plays a key role in the Olympic 10K Marathon Swim.

Last month, Hestoy was part of The Magnificent Nine, nine men who swam 4.5 km in their native Faroe Islands from the island of Streymoy to the island of Eysturoy this July.

They stopped in Flesjarnar, a group of small uninhabited islands (skerries) located between Hvítanes and Toftir. 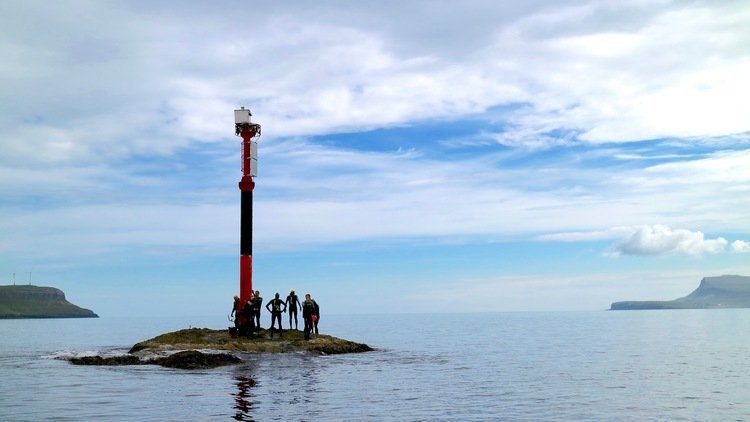 Hestoy is helping direct setting up the marathon swim course and instructing the local volunteers. He is enjoying much warmer water temperatures than his native Faroe Islands (21°C or 70°F) and is looking forward to much more mild surf conditions for the August 15th and 16th Olympic 10K Marathon Swims [see below].

For more information on Hestoy and The Magnificant Nine, visit here.