Who Will Be Standing On The 2016 Rio Olympics Podium? 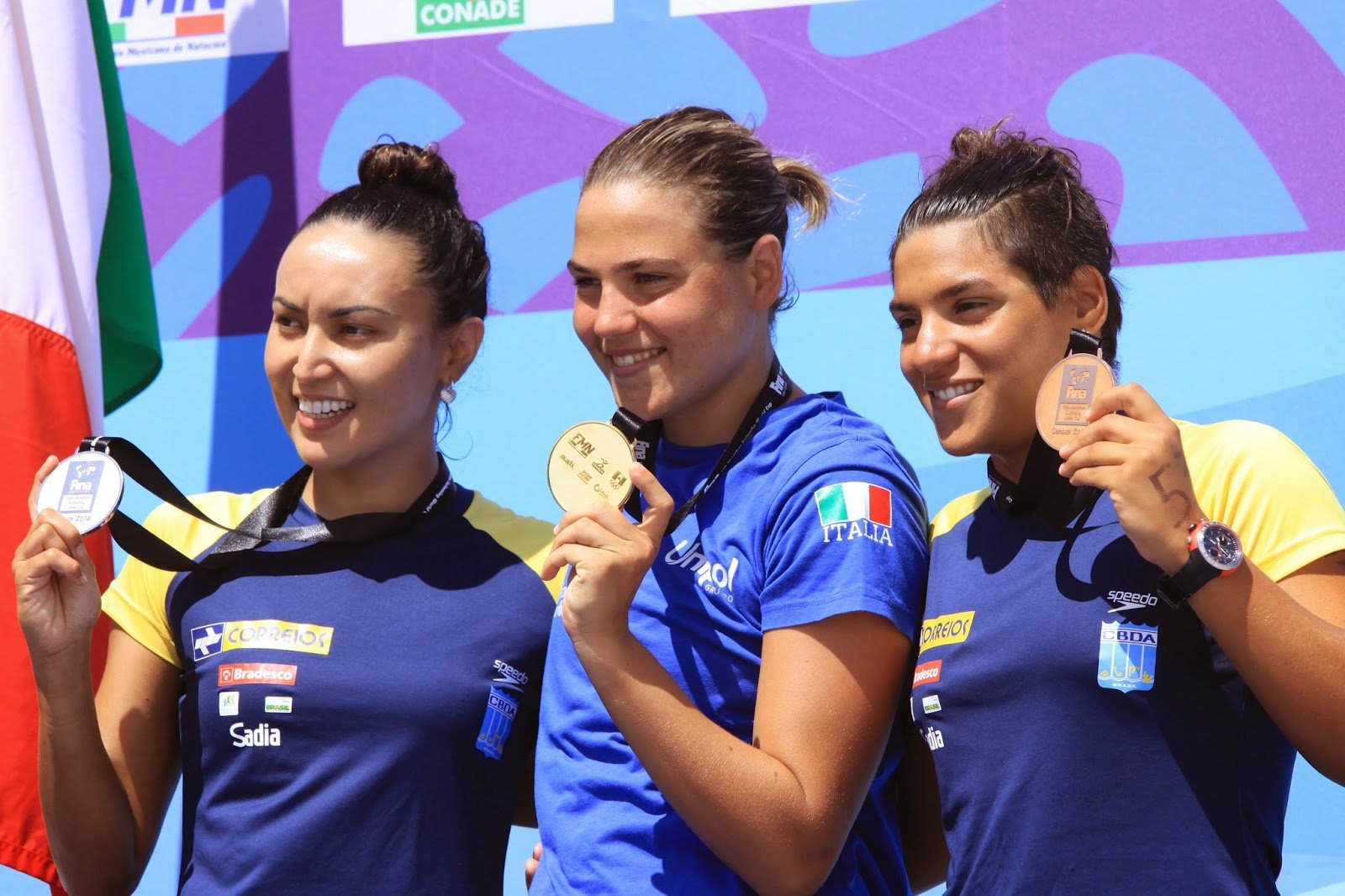 Could these three women stand on top of the Olympic podium at the 2016 Rio Olympic Games on Copacabana Beach in Rio de Janeiro?

In the rough water conditions in the Caribbean Sea off the Yucatán Peninsula in Mexico among another photo-finish with 9 great swimmers, Martina Grimaldi of Italy, Poliana Okimoto of Brazil and Ana Marcela Cunha of Brazil finished 1-2-3.

They all three have what it takes to win an Olympic marathon swimming medal in Rio:

But the pressure to win will begin to build more and more as the Olympics approaches. And their competition will only get better and better, faster and faster, tougher and tougher.

Who has the potential to be on that 2016 Rio Olympics podium?

There are few sports – and certainly none in all of aquatics – where so many women have a legitimate shot at medaling in one event like the women’s Olympic 10 km Marathon Swim.