Who’s Racing In London At The Olympic Test Event? 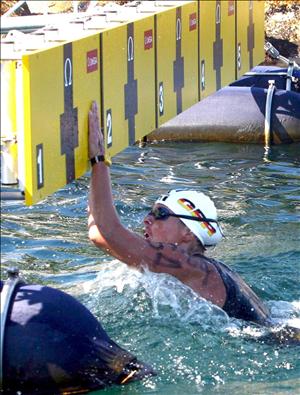 There are all kinds of interesting side stories behind the London 10km Marathon Swimming International this Saturday, August 13th. Among these backstories are:

1. The emergence of Ireland on the world’s elite scene. Chris Bryan, who was taken aback at the world championships 10K race, re-emerged and finished in the top 10 at the speedy 5K race. We anticipate good things out of Chris in the future.

2. The intense intellectual competitiveness of American Alex Meyer will be a joy to watch. Quiet, savvy and appreciative of the opportunity to wear his country’s colors, the 2010 25K world champion will undoubtedly be a factor in the test event and at the 2012 Olympics.

3. The pride of Greece – with Marianna Lymperta and Spyros Gianniotis – will be interesting to see. Can Greece get two medals this weekend, but more importantly, will we see two Greek flags fly after the Olympic 10K Marathon Swim? [Read More…]