What Is The Fairest Channel Of Them All? 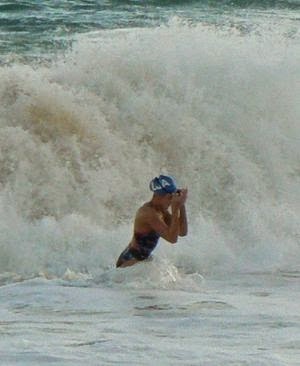 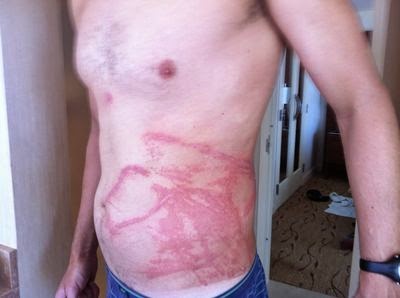 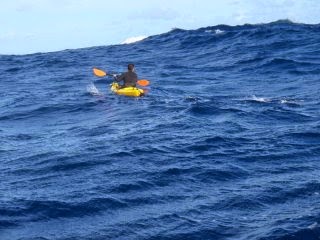 When people wonder, “What is the most difficult channel in the world?”, the answer is usually given or assumed to be the English Channel (popular opinion) or the North Channel (knowledgeable opinions).

The Channel of Bones has all kinds of things that a channel swimmer can encounter from shore to shore:

“But the Molokai Channel only has warm water with no threat of hypothermia,” argues those who say the North Channel tops the list. How true and without a doubt.

“But the other channels have hundreds of jellyfish,” argues others who believe a crossing in Hawaii cannot stand up to crossings in the UK in terms of difficulty.

But just as Michael Oram, Quenton Nelson and Philip Rush are the authorities in the English Channel, North Channel. and Cook Strait respectively so too are considered Steve Haumschild and Jeff Kozlovich considered as the reigning escort experts in the Molokai Channel.

Daily News of Open Water Swimming: When do you recommend people attempt a crossing of the Molokai Channel?
Steve Haumschild: Jeff and I feel that Kaiwi is most successfully crossed after they have a few other channels under their belt. Ideally, its at least their fourth channel, but even better if its their sixth or seventh.

Daily News of Open Water Swimming: Why?
Steve Haumschild: People still seem to underestimate Kaiwi [Molokai], and the difficulties it presents to swimmers. We always hear about English Channel times and estimations and almost always hear from every swimmer that Kaiwi was one of the most challenging channels they have had. It takes everything from them and everything from their support crew also. Even under perfect conditions, its still a beast of a swim.

Daily News of Open Water Swimming: What is the issue with the escort crews?
Steve Haumschild: Kaiwi is never easy on the crews. Nearly every crew member they bring gets horribly sea sick and many of the swimmers do also. The gyrating of the boat being pushed by a mix of tradewinds, swells and tidal changes creates the perfect combination for a dramamine/bonine testing ground. Jeff and I are not immune to it either. Each of us can remember feeding the fish off the side of the boat before jumping into the kayak. But for some reason, we love it anyways.

Daily News of Open Water Swimming: What are their impressions when they finally get out in the channel?
Steve Haumschild: Explaining navigation to them seems to fall on deaf ears until a mile or so into the swim when it clicks for them. The kayak guides/escorts are the lifeline to the swimmer. We navigate for them, communicate to the boat and keep them on course with their feedings. While the boat is usually nearby, its not a guiding beacon where it would be in other channels. When Jeff and I swap out, we go on deck and communicate with the captain on timing, course, etc. Its probably a bit different for them to use us as their main point of contact- where its normally the Captain. I think most people do not understand the value of the Kayaks until they are in the swim. We are there for them every step of the way, from airport logistics, transportation, boat communication, weather analysis, feedings, navigation, launches and landings.

Daily News of Open Water Swimming: What does it take to be successful crossing the Molokai Channel?
Steve Haumschild: Jeff and I also came to the conclusion that the most successful swimmers can turn it up to 2-3 miles per hour for an hour or so to be able to push through some of the potentially nasty currents we have nearshore. Sometimes when the swimmer are as close as a mile from shore, the channel of bones throws another challenge at them with a gnarly tide or current. Even when they break through that, their final challenge is Sandy Beach, one of the most dangerous beaches on Oahu and nearly always has a slamming shorebreak. The best swimmers dont let their guard down until they are on the sand.

Daily News of Open Water Swimming: What are some things that you must consider?
Steve Haumschild: We do our best to overcome any tide changes or currents near shore by making estimations of best start times and locations. While La’au Point is probably the shortest distance, we have come to realize that its potentially the most hazardous, especially for night time departures. It is all too easy for a swimmer to get banged up on rocks or get some cuts- the last thing we want on the start of a channel swim. We recently have been using Kaluakoi as a better launch point. Its also great as we can stay there the night before, and literally walk to the start.

From logistics, Jeff and I have it pretty nailed down. Its a little different for swimmers to use kayakers as their point of contact, so its somewhat of a paradigm shift in what has been a conventional method for other channels. We definitely recommend them contacting us first to get a proper weather window and start coordination.