Whose Territory Is It? 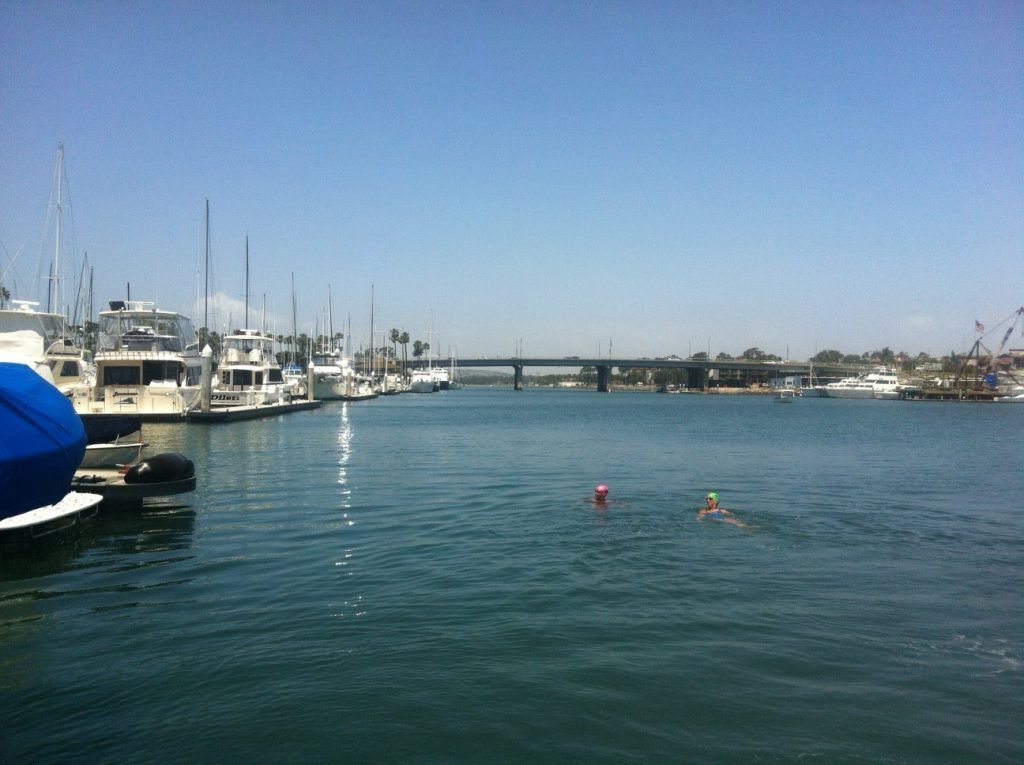 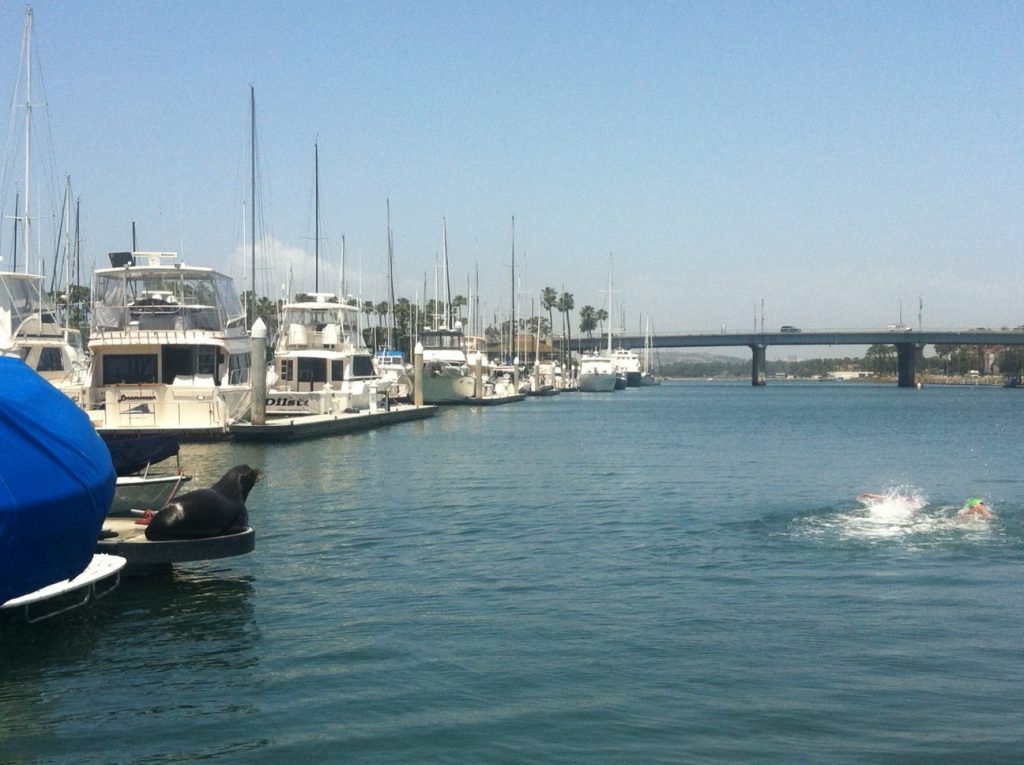 A giant California sea lion was swimming underneath and around Lexie Kelly and Pam Lazzarotto during their weekly 3-mile circumnavigation of Naples Island in Long Beach, California.

Usually the pair have to watch out for kayakers, rowers, and sailors, but today was a day they were followed by a male.

The pair somehow felt they were being followed, but they both thought maybe they were just imagining things. Like a wave shark, perhaps they were victims of a all-too-active imagination. Without saying anything to each other, they kept on swimming and hoping for an uneventful afternoon swim. But then they saw the sea lion. It startled them, but the pinniped swam off. They were safe. Until they swam a bit further and came across an every larger male sea lion lounging on the back of a boat dock. They didn’t want to get too close, but they also did not want to appear to be nervous or startled so they quietly swam backstroke past the sleeping sea lion.

He did not sound happy at all. His barks became sharper and louder as if he was either upset that he was awoken or his territory had been encroached.

So the women took off on a fast sprint…as the sea lion then put his head back down to slumber.

Along the California coastline from May to August, male sea lions establish their territories as they try to attract females to mate with. Females, on the other hand, are free to move within the boundaries established by the males, taking care of their pups. The sea lion population communicates with numerous vocalizations including barks and calls between mother and pup. The sea lions typically spend much of their time at sea, but they come to shore and occasionally frequent boats and docks along the coast.