Why Ana Marcela Cunha Will Win The Olympic 10K In Rio 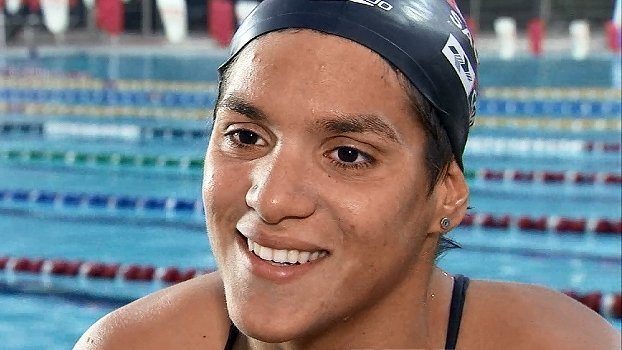 There are a number of reasons why Ana Marcela Cunha will stand on top of the Olympic podium on Copacabana Beach at the end of the Olympic 10K Marathon Swim:

1. Her track record of success on the international stage. Not only has she won numerous world championships in the 5 km and 10 km and 25 km, and she has long been a contender in every international competition she has ever participated in.

2. Her Olympic experience. Ana is extremely hungry for a gold medal in front of a home audience. She knows the pressure of the Games as a 16-year-old who finished fifth in the 2008 Beijing Olympics, she has experience with the logistics and expectations of the Olympic 10K Marathon Swim.

3. She can adapt to all racing situations. Ana has won races from the front, from the middle of the lead pack, and in an all-out drop-dead sprint against all her top competitors at least once.

4. She has succeeded in medaling in lakes and seas, manmade and natural, and in rough and calm conditions.

5. The water temperature, either cold or warm, will not bother her. She is comfortable in all weather, wind and water conditions.

6. She can sprint with the best in the world. She found her initial domestic success in the 500-yard freestyle, but her quickness from any distance from the finish (5 meters, 50 meters, 500 meters) is world-class.

7. Physicality in the middle of a pack or around turn buoys is not a problem. The 24-year-old is not bothered by physicality. 8. She believes she can medal and win.

8. The power, resources and logistical operations of the Brazilian Swimming Federation is behind many of her cares are taken care of by staff members.

9. Her friends coach helps keep her cool, calm, and composed throughout the Olympic Games, leading up to her signature event.