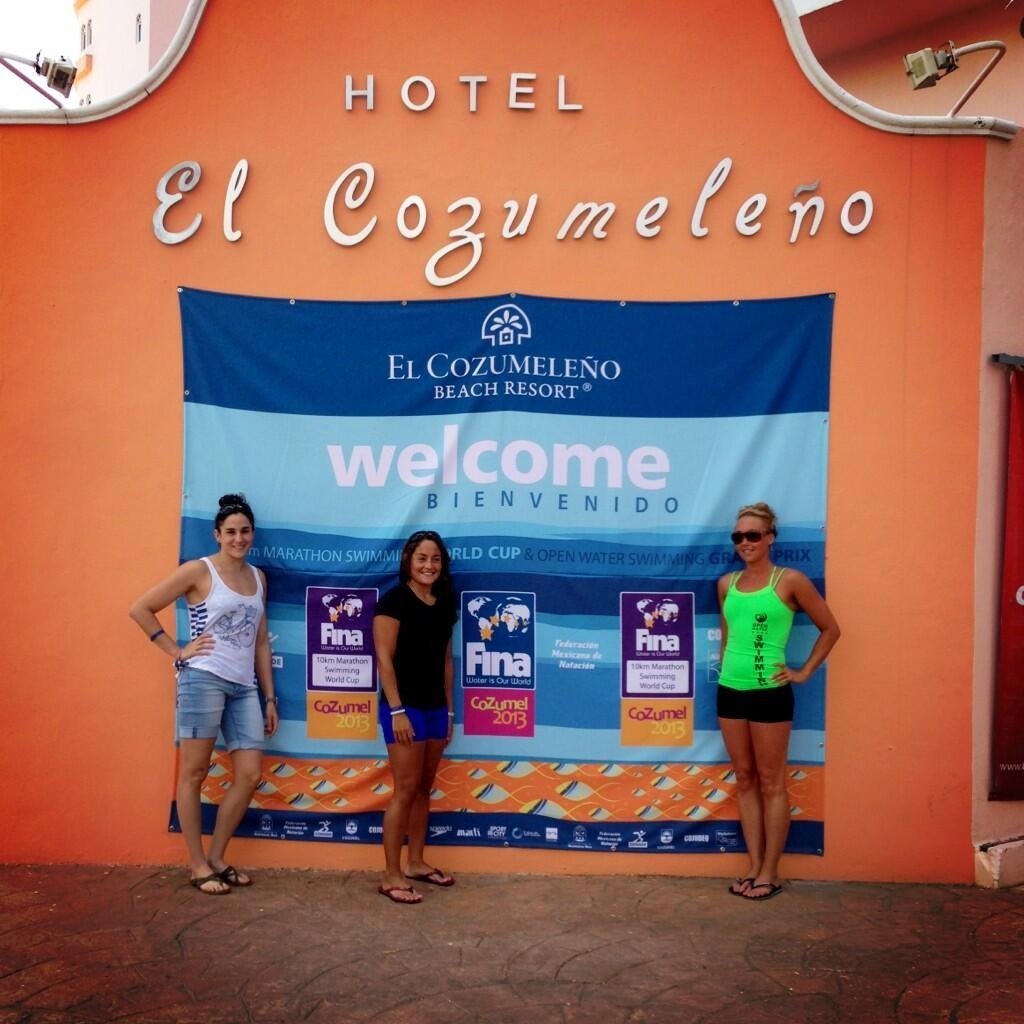 World 10 km champion Martina Grimaldi came out on top of the tough aquatic scrum just barely touching out Eva Fabian of the USA and a bunch of other Americans, Germans and Italians. While many of her competitors immediately went back home, Grimaldi decided to stick around in Cozumel with her Italian teammates and German rivals.

And why not? They were being treated in a stunning resort hotel on a beautiful island in the tropics with dozens of other world-class swimmers.

It was a perfect setting to work out, race fast, and enjoy a tropical setting between races, buffets, and training sessions.

Tomorrow morning, Grimaldi will face her own teammates as well as former 25 km world champion Angela Maurer and her German teammate Nadine Reichert and the rest of the FINA Open Water Swimming Grand Prix in a 15 km loop race. The pace may be slightly slower due to the longer distance, but 2-time FINA Open Water Swimming Grand Prix champion Pilar Geijo of Argentina (shown on left) will give her European colleagues a great race.

The 26 women from 14 countries include the following:

The 44 men from 17 countries include Olympic marathon swim bronze medalist Richard Weinberger and a slew of experienced veterans who will do everything in their abilities to climb on top of the podium. It should be a great race with the following men: