Why People Lie In The Open Water 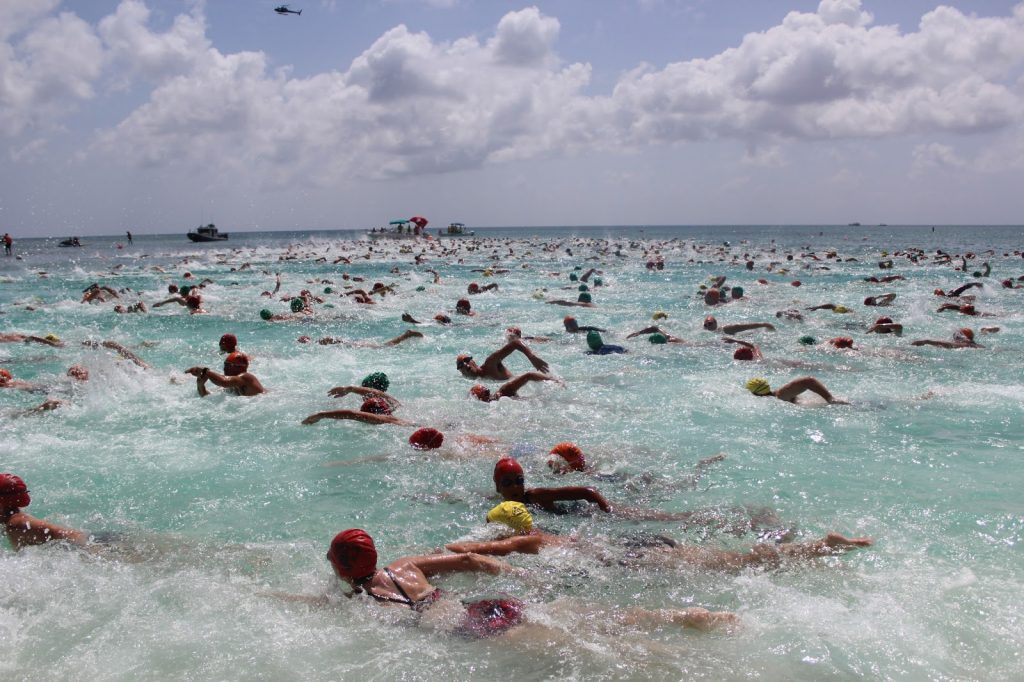 The thing we greatly appreciate and respect about open water swimmers is their integrity. There is no wiggle room in the sport; there are no shortcuts. Swimmers face Mother Nature head-on. They traverse from one shore to the shore; they swim around the buoys; they cannot avoid oncoming currents or punishing waves.

Open water swimming is a simple sport that demands honesty and truthfulness. There is no gray areas. It is black and white. Did you finish the swim…or not? Did you attempt the swim…or not? It is plain and simple.

So when we hear of swimmers who fudge the truth or tout swims that they actually have never done, we wonder why? Why is it that swimmers announce to their friends and the media that they have done a swim, but they have not? Why do swimmers knowingly cut short a turn buoy and purposefully swim less than their competitors? Why do swimmers cheat or lie in various ways?

Fortunately, these swimmers are the rare exceptions that prove the truth about open water swimmers. The swimmers who proclaim they have crossed the English Channel or did a swim in a lake or swam a certain time or a certain distance, but who have not, are in the clear minority. They number only a small handful out of the estimated 8-10 million people around the world who participate in the sport of open water swimming.

These are not pirate swimmers who do not want to pay an entry fee but participate in open water swimming competitions. These are not rouge swimmers who purposefully avoid paying association fees to attempt a marathon or channel swim. These are not inexperienced swimmers with low navigational IQ who get lost on a race course and unknowingly miss a turn buoy.

No, these are swimmer who say they did a swim, but never actually finished the swim or, in some cases, even started the swim. A swimming con if you will.

A swimming con is an individual who claims to have completed an open water swim, a channel crossing, or a marathon swim, but never did in actuality. A swimming con either never finished the purported swim or never even started in the first place. Swimming cons also tend to exaggerate about their swims by lowering their official time, falsely stating a higher finish position, fabricating the total distance swum, purposefully cut short swimming around turn buoys, or misrepresenting the water temperature or conditions.

Why do these swimming cons have this need to participate in a sport where nearly everyone else are individuals with high integrity? Why do they swim and talk in a manner that is inconsistent with the values, principles, expectations, and outcomes of the rest of the community? In the words of Jack Nicholson in the movie A Few Good Men, why can’t they handle the truth?

Possibly, they lie for some sort of personal gain, to look good to themselves or among others, or to gain financially in their careers or socially within certain circles. These swimming cons engage themselves in these falsehoods to manage how others perceive them as they occasionally even cannot separate the truth from fiction in their own minds. Or alternatively, if they feel that their self-esteem is an issue, they lie to cover something up or gain an actual or perceived advantage for themselves or over others.

Society holds certain positions to higher standards (e.g., policemen vs. politicians, physicians vs. publicity agents, lab technicians vs. lawyers). We expect more truth out of certain professions and instinctively trust some people more than others.

Fortunately, the trust and fundamental integrity of the global open water swimming community has been staunchly established over the decades. There is an unspoken and fundamental understanding that open water swimmers not only face the truth, but they always tell the truth. They hold each other’s words sacred and support each other even when a swim is not always completed as planned.