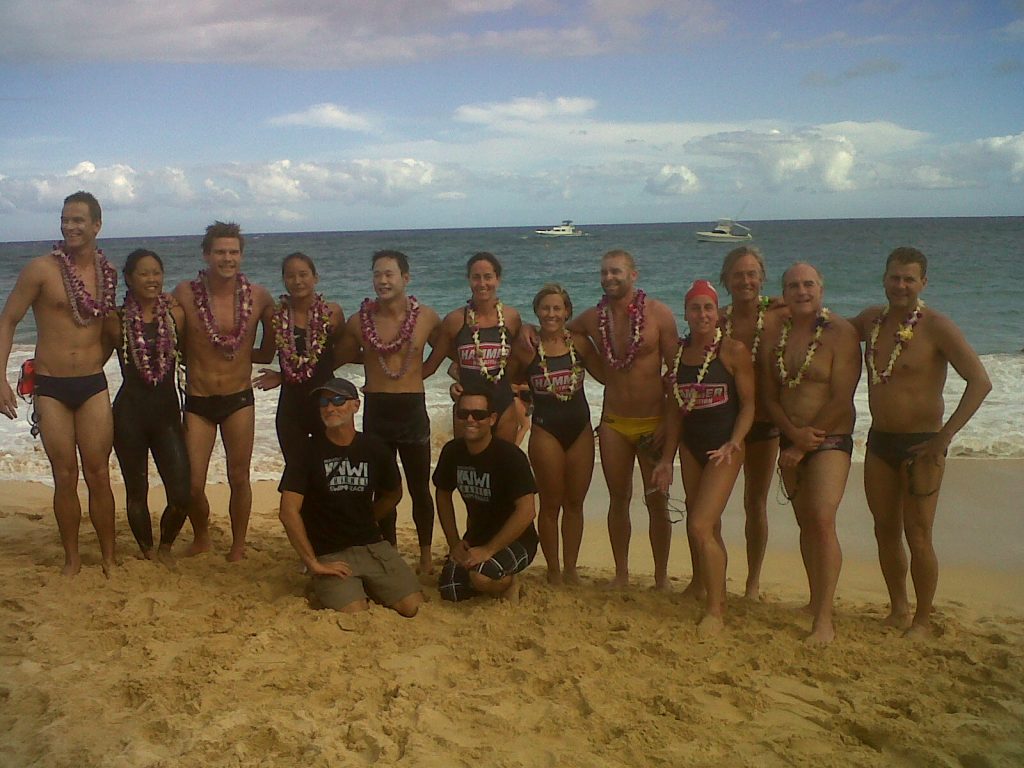 The two teams started right on time at the inaugural Ka’iwi Channel Swim this morning on Kepuhi Beach on the western shores of Molokai Island – and they nearly finished together on Sandy Beach on Oahu.

Co-race director Steve Haumschild called it right when he predicted a safe crossing of the 28-mile (45 km) channel under 12 hours. “The conditions are pretty good – 15 mph winds coming from the east with 4-6 foot swells. They will probably only have to make one course adjustment in order to get into Sandy Beach.”

The Ka’iwi Channel Swim teams battled it out all day, trading the lead like swimmers in a typical 10 km race. “The teams traded the lead so many times, we could barely keep up. This was an incredible showcase of athleticism by both teams in the ultimate open water swimming proving grounds. Towards the end, both teams stepped it up.”

“Both teams were stoked,” summed up Haumschild. “They both look forward to the competition again next year. The race did in fact turn out to be the ultimate proving grounds.”

Photo courtesy of Kaia Hedlund on Sandy Beach. Videos of various scenes across the Channel of Bones are posted here.