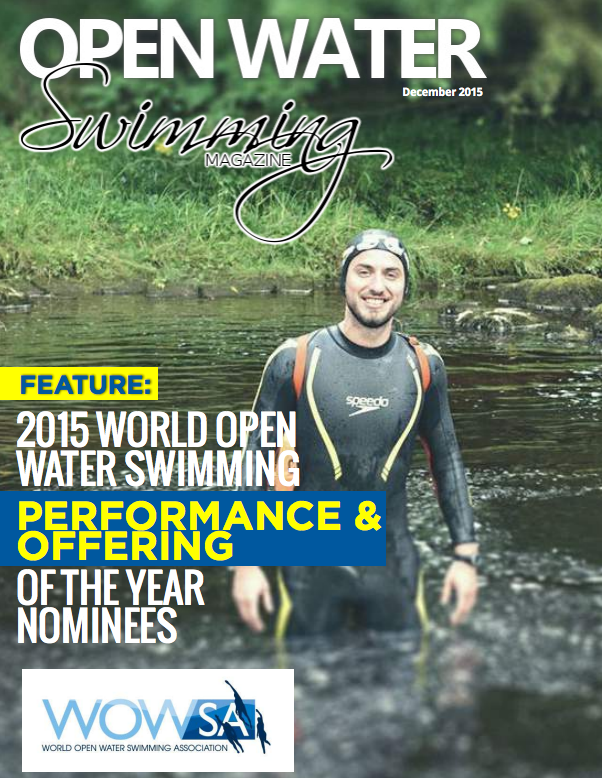 The Swim the Eden Expedition was 20 years in the making.

25-year-old Calum Hudson, 23-year-old Jack Hudson, and 28-year-old Robbie Hudson completed their 145 km (90-mile) Swim the Eden Expedition along the River Eden from Hell Gill Beck in North Yorkshire to the Solway Firth where the river flows out into the Irish Sea.

Their 3-man tandem stage swim along the length of the River Eden in Cumbria, England took the brothers back to their childhood where they were able to relive their youthful memories in an adventurous adult manner. They camped out along the river and carried along their provisions and gear, living a primal wild swim that captured the attention of both open water swimmers and not, inspiring many others to enjoy and protect the natural world.

Before their unprecedented swim, they discussed their plans:

Daily News of Open Water Swimming: What was the impetus of this expedition?

Wild Swimming Brothers: All three of us grew up with the River Eden flowing past the bottom of our garden. We recently sold our family home and have all moved away from the area: Calum moved to London, Robbie moved to Berlin and Jack moved to Newcastle. The swim is a chance for us to reconnect with our childhood and our brotherhood as well as give back to the local community where we grew up. We want to actively encourage and inspire local children to get out there and enjoy the natural world and protect it.

Daily News of Open Water Swimming: Will you have escorts (on kayaks or boats)?

Wild Swimming Brothers: We will have 3 childhood friends joining us – Luke Palmer, Sandy Kerridge and Chris Brzozowski – as escorts for the final 3 days of the swim as it gets tidal and deeper. We grew up on the River so know its upper reaches very well.

Daily News of Open Water Swimming: Where are your starting and finish points?

Wild Swimming Brothers: The start is Hell Gill Beck in North Yorkshire, England. It’s a small mountain stream that flows down the mountain, passes over a 9 metre waterfall called Hell Gill Force. It’s then 90 miles to the finish at the Solway Firth where the river flows out into the Irish Sea.

Daily News of Open Water Swimming: How will you carry your goods and food from start to finish?

Wild Swimming Brothers: Colin Hill at ChillSwim has kindly donated 3 tow floats and 3 dry bags. We will have our water, food, first aid and telephones for the day in there. Our dad will be collecting our camping equipment each morning. He is staying in a nearby bed & breakfast and returning it to us at the end of the day so that we can camp each night by the river.

Daily News of Open Water Swimming: How are you preparing for contingencies or emergencies (accidents or injuries)?

Wild Swimming Brothers: Jack is a fully-trained and qualified lifeguard and First Aider. He will be our first port of call in an emergency. Also we will have our phones in our tow floats.

Daily News of Open Water Swimming: Is this expedition part of a lifetime of adventures and expeditions by you all?

Wild Swimming Brothers: We wanted to start our lifetime of adventures at its natural start, our childhood home and the river that we grew up with. The Eden might not be the most well-known river, but it and its habitat and wildlife mean a lot to us and represent some of the happiest times of our lives. We’ve got some up and coming world first expeditions and will do things on our own as well as a trio, its our brotherhood which gives us strength and without each other we wouldn’t make it to the start line let alone the finish.

The Swim the Eden Expedition is nominated for the World Open Water Swimming Performance of the Year for its creativity and uniqueness. To vote for the WOWSA Awards, visit here. Voting continues until December 31st 2015.