Wild Water Lives Up To Its Name In Armagh 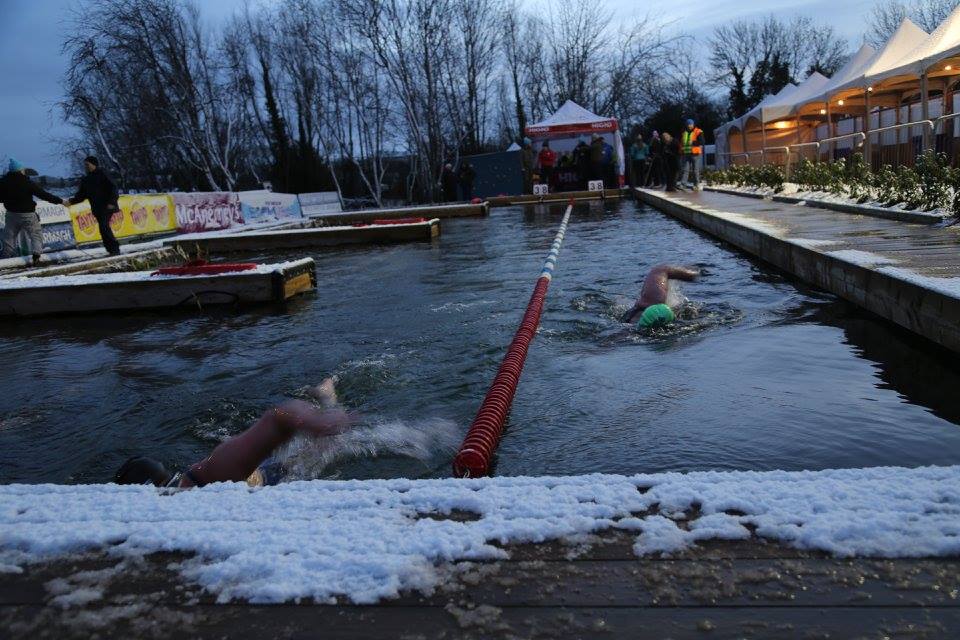 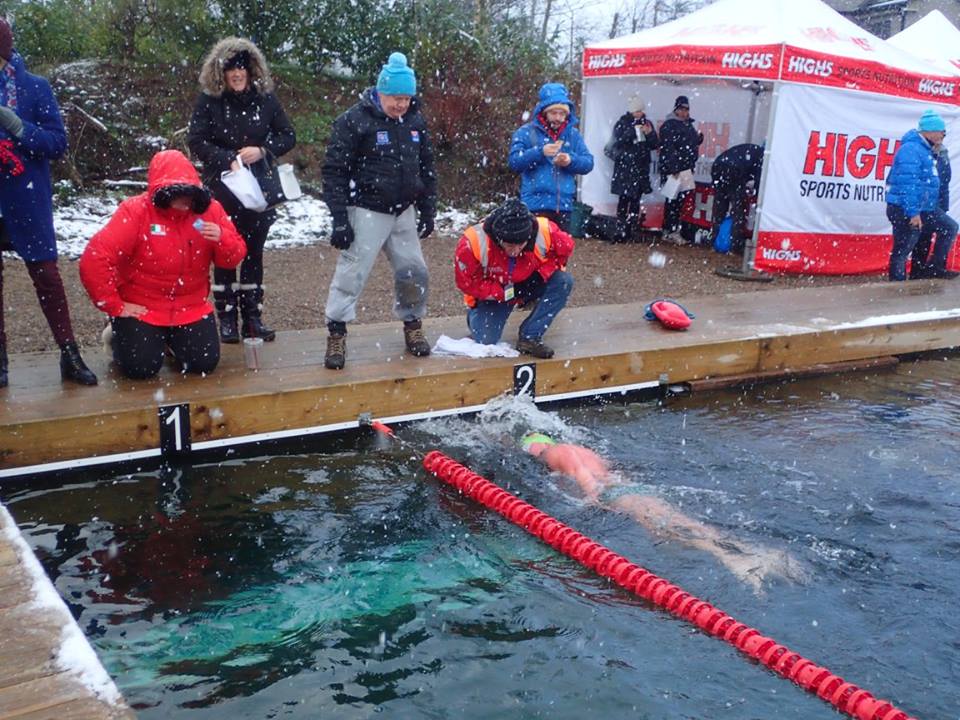 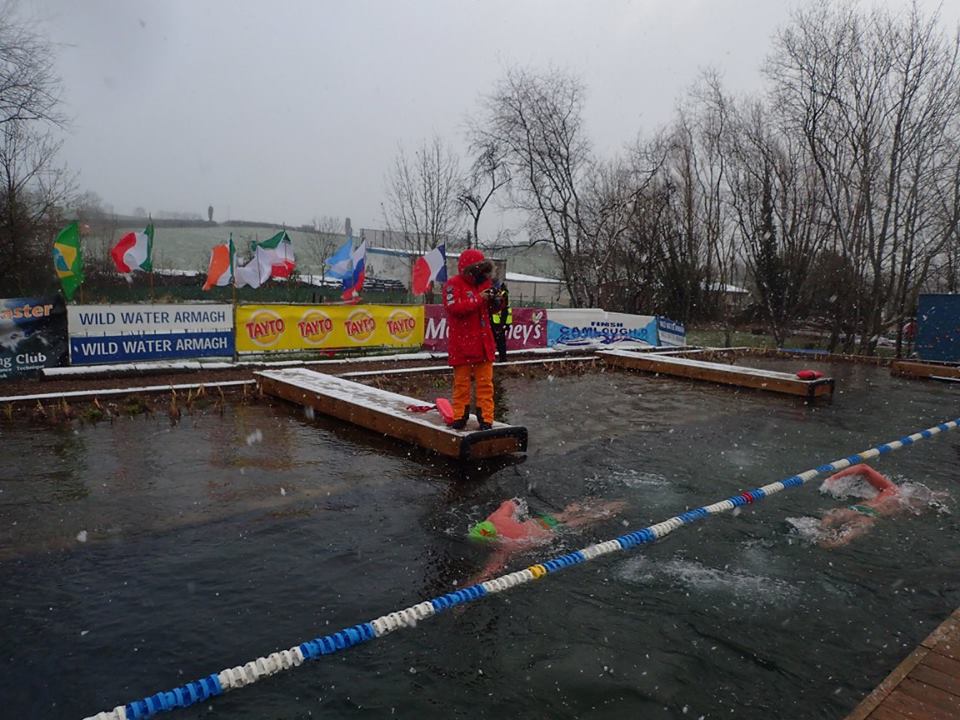 Dryland athletes think of these adjectives when ice swimmers compete in water nearing 0ºC (32ºF). Ice swimmers are simply pushing the boundaries to explore just how far, how fast and how cold they can swim as the water crystals nearly turn to ice.

16 women and 21 men swam in water temperatures of 4.5ºC with a wind chill factor dropping as low as -8ºC. Sunshine and heavy snowfall alternated every heat.

“Overall, it was safe and fantastic event,” reported Ram Barkai, founder of the International Ice Swimming Association. “There was a world record set for women by Sabrina Weidmer from Switzerland who finished third overall and first in the women’s 1 km race at 13:58.

Connor Turner from Ireland, a first-time 1 km ice swimmer won the men’s division and was first overall in 12:44. Connor’s swim is now ranked second in the world after Petar Stoychev’s record swim and set a world record in his age group.

The infrastructure and the safety was first class. The Connor family, who owns the Wild Water Armagh pool, generously hosted the event with many local volunteers from Armagh and Newry looking after the swimmers and their safety.

The heavy snowfall made the event look spectacular – painting everything in a soft white blanket.

A few new swimmers joined the International Ice Swimming Association with their first 1 km ice swim. “The commitment and perseverance displayed by the new swimmers was nothing but admirable,” said Barkai. “The icy wind and the heavy snow can challenge most people just to go outdoors, but the brave swimmers followed Geraldine Fox’s clear instructions, ‘Take off your clothes and enter the water,’ and then proceeded to swim the course.

In this environment, it is not the only the fastest who win, but also the strong mind ones who do not have the speed. Those swim a 1 km between 20 to 25 minutes, spending almost double the time in the frozen water. It was amazing to see the people who not long ago stepped out their comfort zone to face their inner selves and swim in the ICE
.”

The recovery from hyperthermia and the inevitable after drop was performed in the Russian Tyumen style with application of wet hot towels and hot water followed by a sauna. “The pixies in the recovery room worked around the clock from 8 am to 7 pm. Needless to say, that the recovery area is another separate extreme event,” observed Barkai.

We have to thank Pádraig Mallon who hosted the Ireland Ice Swimming Championships at Wild Water Armagh (Conroy Pond), part of the global ice circuit organized by the International Ice Swimming Association. The IISA chairman in Ireland made this happen with his team and everyone else who helped and supported. The sponsors also made it possible and a heartfelt thanks goes to the Frozen Mad swimmers from Ireland, South Africa, Germany, Switzerland, Poland, Great Britain and India who participated