Will Color Come To Tokyo?

Will Color Come To Tokyo?

Due to expected high humidity and water temperatures that can approach FINA’s maximum upper limits (31°C), there may be more color at the Olympic 10K Marathon Swim during the 2020 Tokyo Olympic Games in Odaiba Marine Park next July.

Tokyo has always been blistering hot and humid in the summer so the expected start of the men’s and women’s marathon swim will be moved forward to early morning.  FINA Executive Director Cornel Marculescu told the media after the recent test event in Tokyo, “Based on [the conditions], we will decide the time the event will start.  Could be 5 am, could be 5:30 am, can be 6 am, can be 6:30 am – depends on the water temperature.  Working with a specialized company like we are going to do here in Tokyo, we will have the right information to take the right decision.” 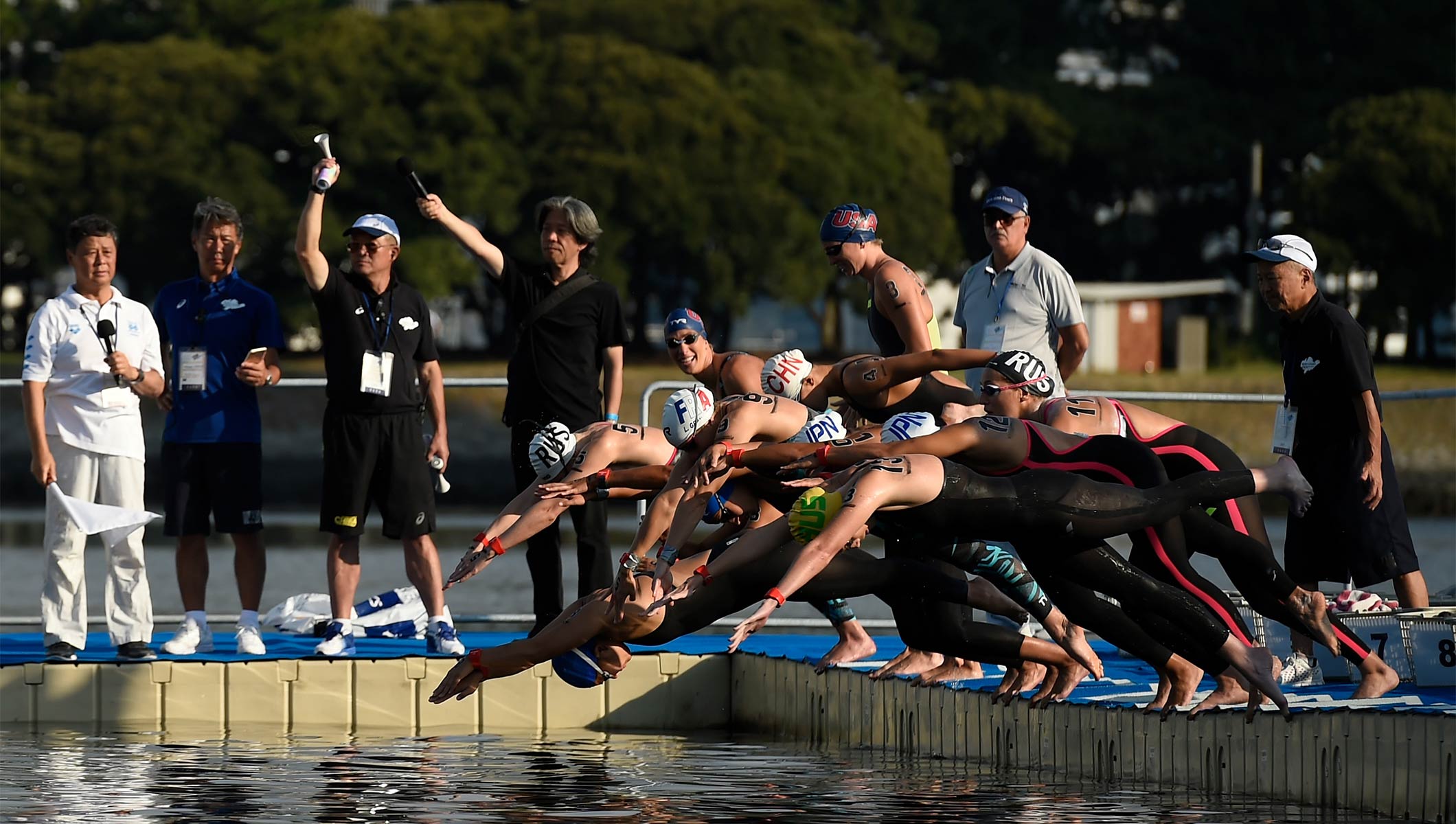 Notice the color of the back of the last swimmer who is standing on the starting pontoon on photo above.

“This is quite clever by Arena,” observed Steven Munatones.  “Swimming in high water temperatures is tough – and anything that enables swimmers to feel and be cooler – whether they are competing in the Olympics or at a local ocean competition – is much better and safer.

Most people do not realize that extreme heat is a much bigger problem – and has caused more hospitalizations and more deaths in the sport of open water swimming, even compared to hypothermia and cold water conditions.  Heat exhaustion and heat stroke are things not to be underestimated in the sport – and Arena’s move to design and produce light-colored tech suits that are light-colored in the back is a great addition.

When responsible and innovative companies like Arena see a problem – the increasing heat that open water swimmers face, both air and water – and then work towards mitigating that problem, it is a very good thing. Even something small like changing the color of a swimsuit on the back will lead to great benefits for swimmers. If companies like Arena and its innovation can keep one swimmer from going to a hospital, it was well worth the investment in my opinion.

I recall arguing with FINA’s Dr. David Gerrard before the 25 km start at the 2011 FINA World Championships in Shanghai where the water temperature reached 31°C under blistering sun. Athletes like world champions Alex Meyer and Thomas Lurz refused to swim under those conditions; the swimmers were upset. The athletes know their limits – and they know how tough it is to swim under these hot conditions. But Dr. Gerrard compared marathon swimmers to marathon runners and claimed there were no medical issues and there was nothing to worry about. FINA Technical Open Water Swimming Committee Secretary Flavio Bomio dismissed all the concerns over the heat and the race went on as scheduled. Unfortunately, many athletes were hospitalized during that race and there were plenty of health and safety issues.

But the sport has learned from then, fortunately.

Open water swimming absolutely needs to do everything possible to avoid those types of conditions that can lead to hyperthermia – whether it is helping swimmers at the Olympics, the world championships or a local swim with amateurs.“