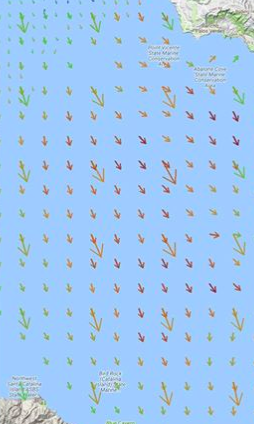 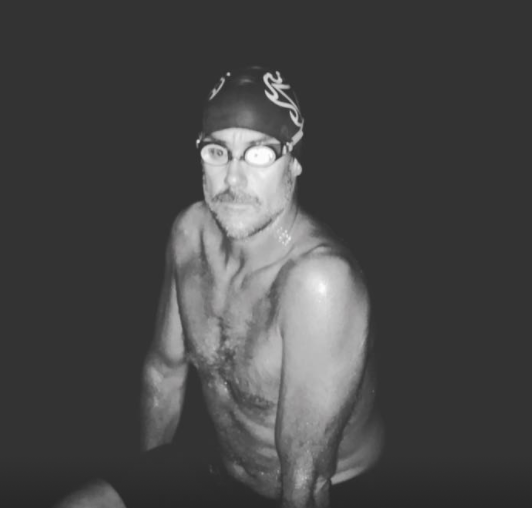 They may be joined by a fourth swimmer, Hank Wise of Long Beach, California tomorrow morning. The 49-year-old completed fifth career crossing this October in 10 hours 14 minutes – and will be taking off from the California mainland tonight for his sixth career crossing.

“Westly currents coming on my right side [conditions shown above]. I am hoping it goes more towards the island as the south swell builds and the wind goes side offshore from the south east. In the end, it will be what it will be and I accept and love that part of the challenge. I’ve got a stellar crew, navigator / paddler Sean Lieppman, observers Chris Geer and Forrest Nelson with Captain Bob Little and his Conrad driving Sundance, a 40-foot sailboat from Los Alamitos.

I would like this swim to be like a Diesel Engine, cuz diesels usually just keep going. Sean’s paddle and navigational skills, his patience, his mild manner, are very much a big asset to me and much appreciated
.”

Very late tonight in California, Wise can be followed on his tracker here.