Will Mainstone Rhys To The Occasion In Waikiki? 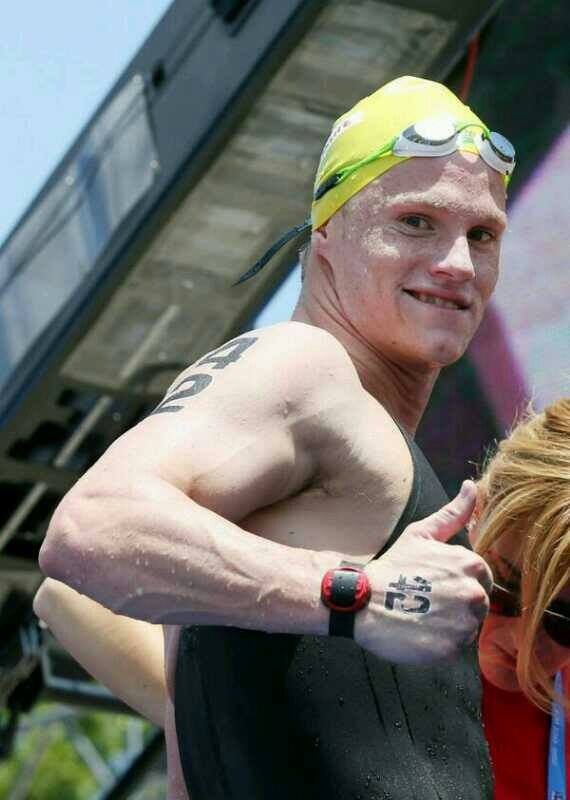 The Waikiki Roughwater Swim always brings out great competition from swimmers around the Pacific Rim nations with occasional visitors from South America or Europe.

But the 2013 version will feature the first time that a swimmers from the African continent will be favored. And for a good reason. Three-time Olympic medalist from the 1500m to the 10K Ous Mellouli is entered in the famed 2.4-mile race. Judging from his physical shape in Croatia at the Faros Maraton, he looks to be training.

Rhys Mainstone who has raced against Mellouli in various places around the world is the defending champion. While Mellouli can outswim Mainstone in most every condition and distance, the Waikiki Roughwater Swim is tricky and more to the Australian’s liking, especially the last 800 meters where the race is ultimately won or lost. Usually the top pack comes into the final buoy together, but they tend to choose different lines going into the final 800m stretch to the finish.

The swimmers can go left and attempt to gain the advantage of body surfing off the swells on the Ala Moana side of the channel. Or they can swing wide and swim off the shallow reef. But anyone who swims right up the middle of the channel is doomed with no chance of winning. These alternatives play to the strength of Mainstone vis-à-vis Mellouli.

As the two man and a handful of others undoubtedly come barreling down the final straightaway, it will be interesting to see their choices. The difference of a few meters one way or the other can be the difference between winning and coming in fifth. Will it be Mainstone gaining the upper hand when he shoots down a wave or will it be Mellouli who will power through the shallows?

Over the years, the Australians have won more than their fair share of the 2.4-mile race, so Mainstone’s chances look good.

But there are always wild cards at the Waikiki Roughwater Swim. Trent Grimsey, coming out of this professional marathon swimming retirement, is entered.

Then there is the always-guaranteed-to-be-competitive Alex Kostich. While many local athletes have participated in more than 20 consecutive Waikiki Roughwater Swims over the years, it is rare that someone travels from the continental USA for 21 years. Alex Kostich, a Sony executive from Los Angeles who remains the fittest and fastest over-40 open water swimmer, will undoubtedly be right in the mix with Mellouli and Mainstone, and Grimsey on his 21st consecutive event.

Alex Meyer, fresh off his BCT Gdynia Marathon victory in Poland, is flying across the world from Poland to Boston to Honolulu, and also has an excellent chance to emerge victorious, especially if the conditions are wavy, bumpy, and turbulent.

On the women’s side, 3-time winner Luane Rowe looks to be the pre-race favorite even after her participation in the 100-hour, 228-mile Night Train Swimmers world record relay earlier this week.