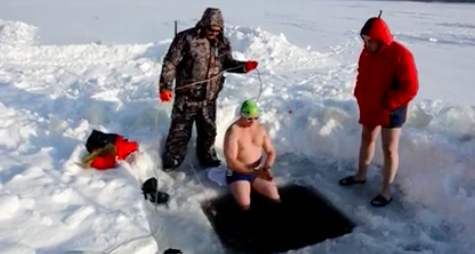 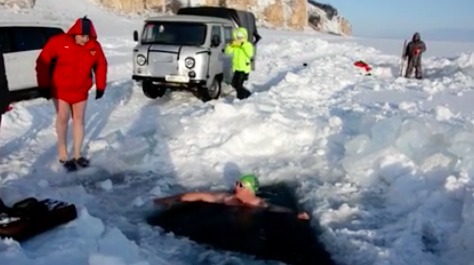 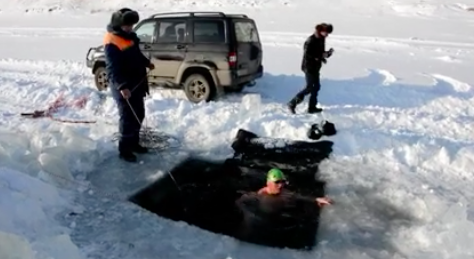 After his ice mile and other ice swimming endeavors performed on the surface of the water, Kennedy was looking for something more. He wanted to delve deep into his psyche.

He wanted to step up his game and take his ice swimming challenges to another level. So he traveled to Yakutsk, known as the coldest city in the world.

“I have talked with Wim Hof,” explains Kennedy about the renowned bioprene ice diver.

In Yakutsk, Kennedy swam 52 meters in Under Ice Swimming under a thick sheet of ice around 1 meter in water -1ºC (30.2ºF) and air approximately -13.8ºC (-7.6ºF). With the help of a safety team and a safety diver, Kennedy went under the ice in Elanka on the Lena River. He swam back and forth between three different ice holes

“The visibility [under the ice was about ~10-15 meters,” he wrote. “Everything went safe. Thanks to Sobolev Sergey, whose team made it possible. All safe and well thanks to a great ice water team assembled. [I had a] few cut marks on my back due to ice, but the ice was very smooth under. It was a very daunting challenge with other extremes to consider including wind chill. [It was] definitely the next level in ice swimming for me.“