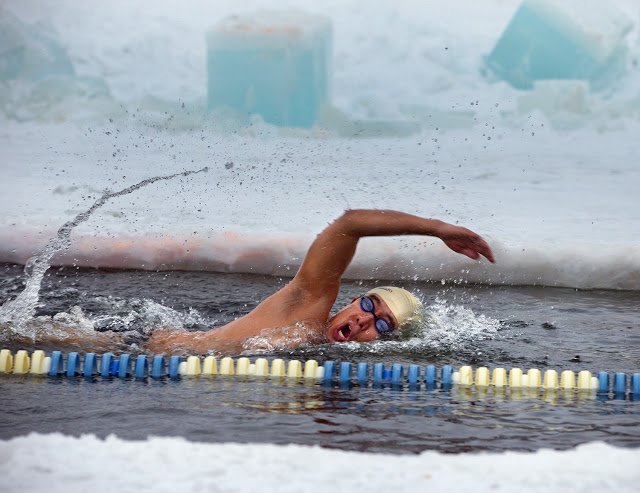 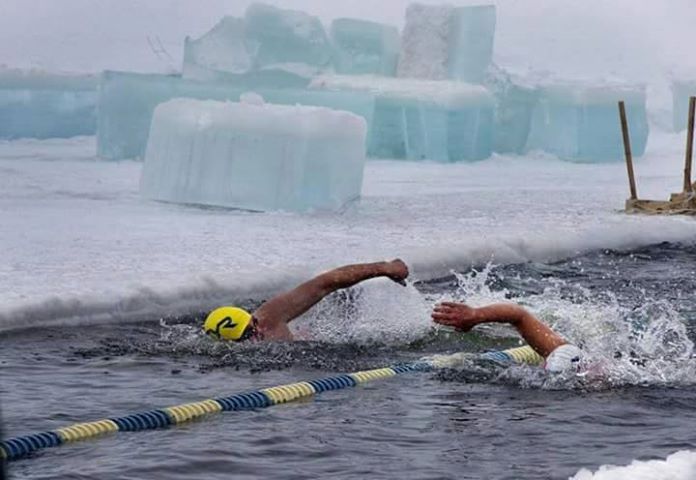 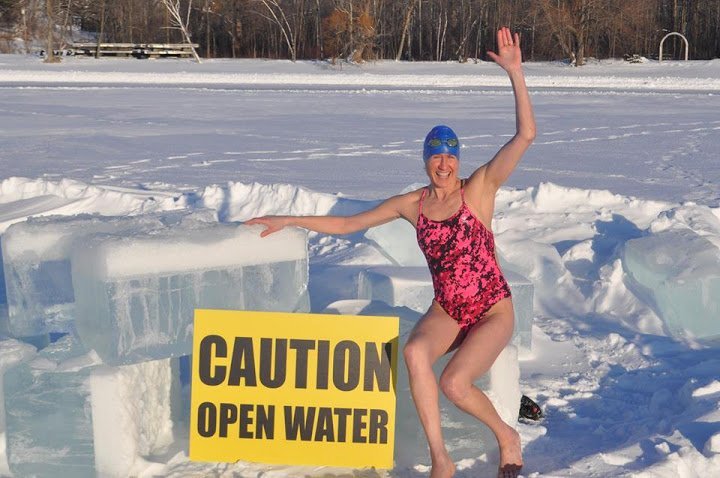 They’re back. Those crazy, wonderful swimmers are returning on March 5th and 6th for the Second Annual Memphremagog Winter Swim Festival at Newport, Vermont. The events will be held in a 25-meter, 2-lane pool cut in the ice on Lake Memphremagog.