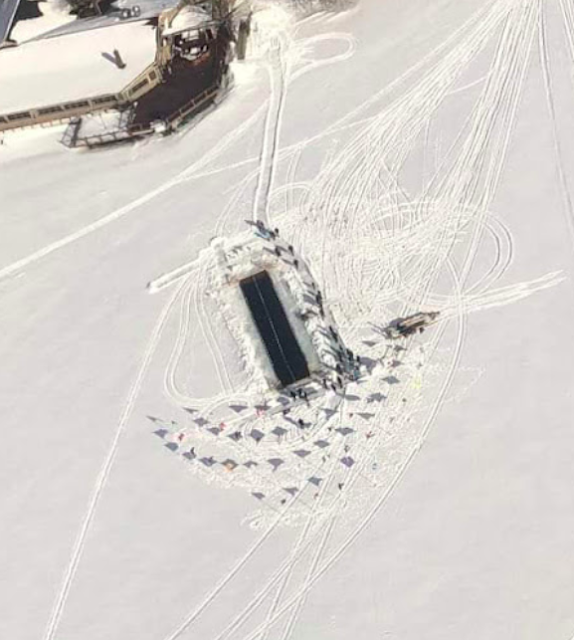 The French will host an Ice Kilometer in its lake, the Americans will host shorter events (25m, 50m, 100m, and 200m distances) in a 2-lane pool cut in Lake Memphremagog [shown above].

Both events expect near 0°C water temperatures. White describes the expected conditions in Lake Memphremagog, “Water temperatures are typically 30.5°F or -0.8°C, think microscopic slushy. Air temperatures have varied from -10°F to 30°F. This coming weekend is expected to be one of the coldest of the winter.”