Wish Upon A Star Now Up With The Stars 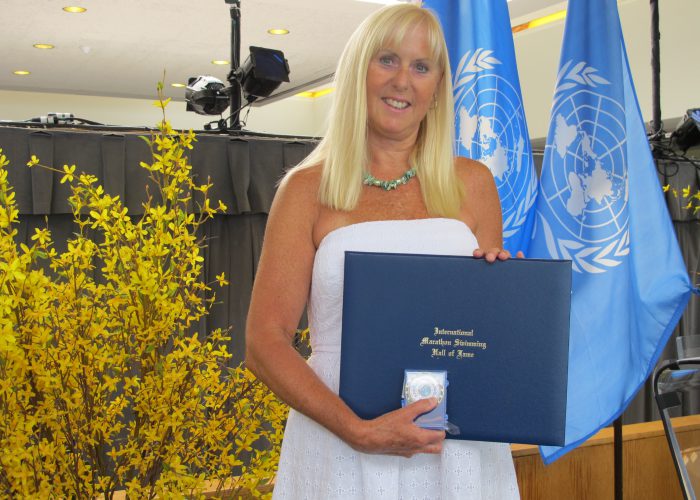 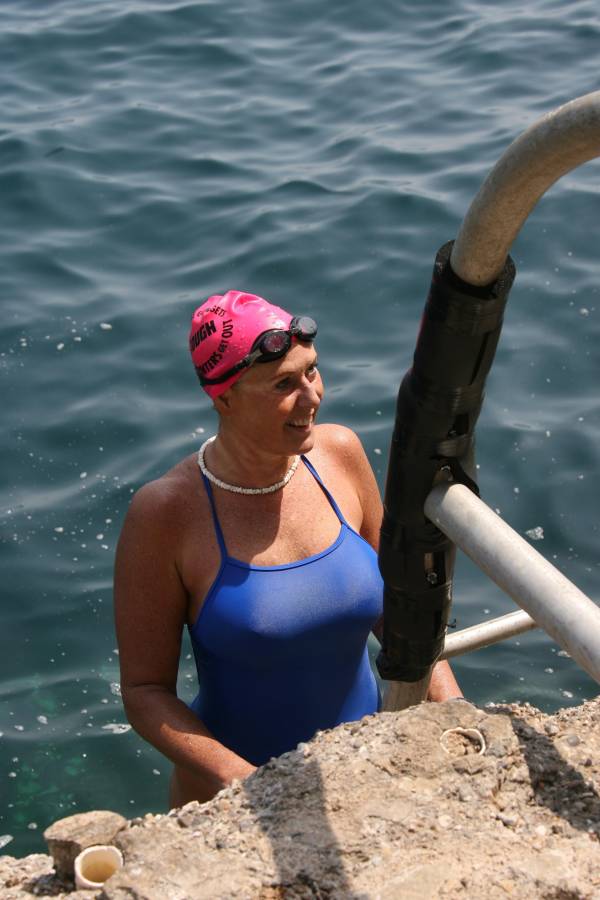 Anne Cleveland passed away today after a long battle with pancreatic cancer.

Word spread quickly around the San Diego, California locals and the many people she touched throughout the global open water swimming community.

“People knew she was sick, but it is still quite a shock to know that she is no longer with us,” said Steven Munatones.

“Every time I had the opportunity to see Anne, she smiled so genuinely and loved talking about swimming – and how the sports moves and motivates so many people who crossed her path. Her legacy is great and she set a high standard for achievement as well as giving back.”

Alexandra Gessner‎ wrote about Cleveland on Facebook, “On the New Moon, beginning the next chapter of her spirit’s journey – marks the day a most kind and humble soul, accomplished and inspiring open water ocean swimmer, wise and devoted Yoga and Ayurveda teacher, dearest friend and great woman warrior has left this earth. We will never forget your kindness, courage, positive spirit and sense of empowerment until the end. You left us as you lived …

“One day at a time” was your mantra. Rest In Peace – now fly with the angels and keep on swimming! We love you, we honor you, you will be missed and live forever in our hearts.


Cleveland not only was inducted in the International Marathon Swimming Hall of Fame, but she also served those who followed her. She volunteered as an observer numerous times (assisting swimmers like Pat Gallant-Charette and Tobey Saracino) and coached and mentored many more.

Marcia Cleveland fondly remembers Cleveland, “She was such a mentor in the sport and so many people admired her and looked up to her. Her absence will be felt, but her memory will certainly live on.” She gave her IMSHOF induction speech at the United Nations in 2011 and was later the subject of a Page One article in the Wall Street Journal.

But her success in the open water did not come easy or quickly. After being pulled from the water in her first channel swim attempt at the age of 43 in the Catalina Channel, Cleveland came back from that disappointment in victorious fashion.