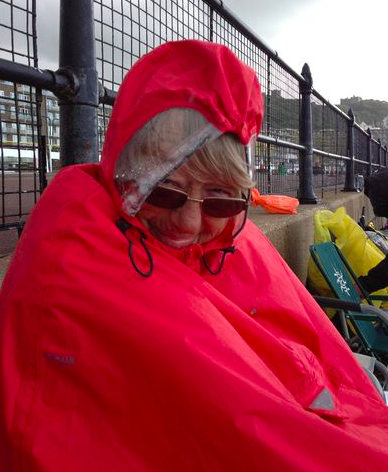 He interviewed Petria Thomas, the 7-time 1996-2000-2004 Olympic medalist from Australia, in an article entitled Petria Thomas On Why Women’s Sport Is Growing But Female Elite Coaching Not.

The assumptions, conditions and reality of competitive pool swimming and open water swimming could not be more difference.

Lord writes about Thomas’ description of two obstacles for elite female coaches: the female’s life circumstances and the challenge of breaking through in a male-dominated industry. Thomas told Roy Ward of The Sydney Morning Herald, “Most sports are male dominated apart from traditional women’s sports like netball and even there you see male coaches. Even when you have women who break through to those elite ranks, it can be quite an intimidating industry when you are in the minority. It’s really disappointing because women have a lot of skills and a lot to offer. It’s important to have variety in everything and I’d like to see more women coaches across the spectrum of sport. If we could break through those barriers more than I’m sure we would see more great women coaches. But it is a struggle and there are no quick answers.”

In the elite level of competitive swimming, role models include 3-time Olympic marathon swim coach Catherine Kase of the USA. In the channel swimming community, icons like Freda Streeter, MBE of England [shown above], Sally Minty-Gravett, MBE of Jersey, Penny Dean, PhD of the USA, Nora Toledano of Mexico, and Shelley Taylor-Smith influence many to cross channels around the world. In the ice swimming world, there are leaders like Nataliya Fatyanova, MD of Russia. Writers like Lynne Cox and speakers like Kimberley Chambers of New Zealand influence many more through their written and spoken words while Sarah Thomas of the USA, Mariel Hawley Dávila of Mexico, and Jaimie Monahan motivate many others, both in the open water and on dryland through their exploits and inspirational actions and interviews.

“I think the success of female coaches is so prevalent in the open water swimming world because there are no established or formal coaching structures or hierarchy other than in national governing bodies,” says Steven Munatones. “So one’s innate abilities, personality, and one’s track record are the standard in which everyone is judged and valued. Demonstrating compassion and providing motivation, having patience and sharing knowledge, these are all valuable characteristics of a great coach. And these are the talents that women’s coaches have long shown and been known for in the open water swimming world since Annette Kellerman became one of the pivotal figures in the history of swimming due to her advocation of swimming for women and girls in the early 20th century as did Montserrat Tresserras of Spain in the latter part of the 20th century.”

A list of coaches, male and female, are posted here in Openwaterpedia.