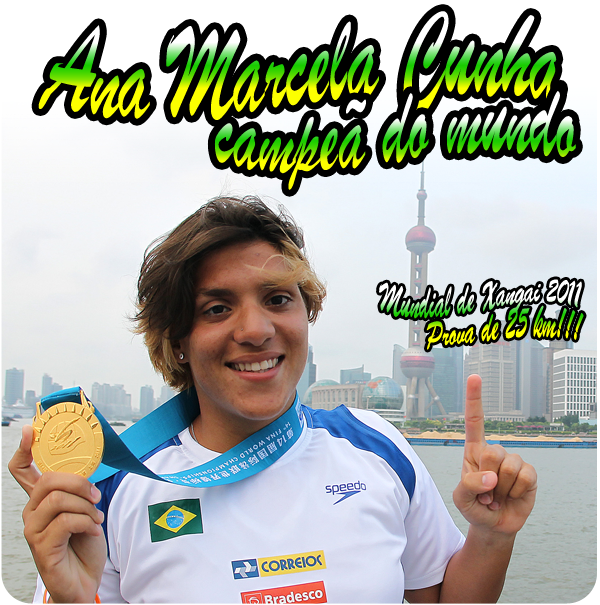 One of the gutiest and most redeeming swims at the 2011 FINA World Swimming Championships had to have been the 25K victory by Ana Marcela Cunha of Brazil.

After finishing only 3.5 seconds out of an automatic Olympic 10K Marathon Swim berth at the 2012 London Olympics, Ana Marcela came back three days later, under inhospitable conditions, to win the extremely difficult 25K race over a highly experienced field.

It is no wonder that the aquatic media selected the young Brazilian open water star as its 2010 Open Water Swimmer of the Year – she is quite the Woman In The Water:

Her website is here; her Openwaterpedia entry is here.