Women In The Western Washington Waters 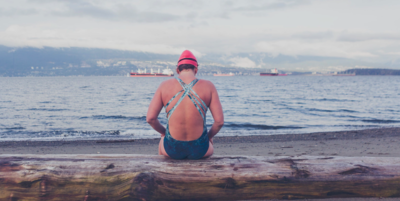 A panel discussion on Women in the Open Water will be held on March 24th at the C & P Coffee Company in Seattle, Washington.

Guila Muir explains, “Some amazing women swimmers in the Northwest made news and set records in 2016.

On March 24th, Say Yes to Life Swims will host a forum to highlight their triumphant stories. Join us for an incredible evening. It is free and open to all. This event is the first in a series of springtime educational offerings
.”

The panelists include Wendy Van De Sompele (who circumnavigated Maury Island), Erika Norris (who swam from Bremerton to Seattle), Jessi Harewicz (who swam Canada’s Georgia Strait and is shown above), and Melissa Kegler (who swam the Catalina Channel and is preparing to conquer the English Channel in 2017).

Some early comments during the panel discussion included:

“I thought the conditions were worse than other people thought. I didn’t think it was too nice,” said Kegler about her Catalina Channel crossing.

Harewicz who was the third person to swim from the mainland to the island across the Georgia Strait recalled, “I had amazing conditions. The strait was not long enough for me. The conditions got better as the swim went along. I was very lucky, although I had a few jellyfish stings.”

Van De Sompele talked about her 14.2-mile swim about Maury Island, “It was windy in the middle, but it was nice. I turned 50 years old last year so I wanted to do something to prove myself.”

Kegler talked about the silence she experiences in the open water. “It is pure heaven and there is something to be have in the open water by yourself. There is too much noise pollution for me on land and when I am in the lake, it feels like I have it all to myself.“

Van De Sompele tells about how the open water calms her down. “[The open water] gives me the sense of freedom. Here in the Northwest, there are so many places to swim. I want to share my secret about this wonderful place with others – and part of me wants to keep it to myself. You really get to be by myself out in the open water.”