Women Stoked In The Charles River 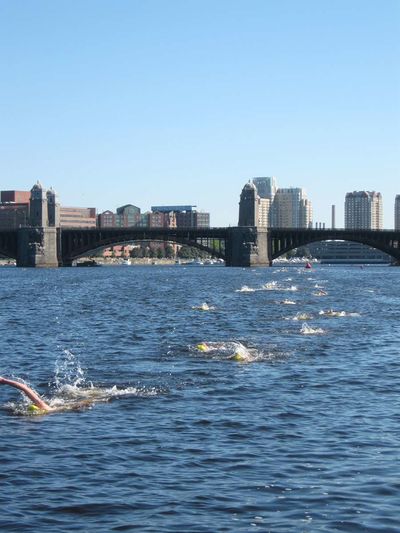 We have traveled the world on business, occasionally visiting cities from San Francisco to San Antonio, from Chicago to Clearwater, and working out with masters swim teams.

Usually the fastest lanes comprise of former competitive swimmers, from Olympians to NCAA Division I athletes, swimming fast and working hard even in their 30’s, 40’s, 50’s, 60’s and 70’s. Most of the Lane 1 swimmers are, frankly, male with a few of the fastest women hanging on at the fastest intervals.

But we found the Cambridge Masters Swim Club in Cambridge, Massachusetts to be different. Instead of Lane 1 being male-dominated, the fastest swimmers were primarily female.

So it makes sense that the local open water swim held in the middle of Harvard University in the Charles River was dominated by women.

Jessica Stokes won the overall title at the 2015 Charles River Swim with Alana Aubin and Katharine Dunn finishing second and third to complete a female sweep of the podium.

For more information on the 2016 Charles River Swim on June 11th, visit here.