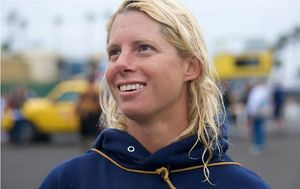 It is a rare sport in which women have outperformed men, consistently and over time.

Marathon swimming is that rarity in athletics where women have long outpaced and out-strategized men in head-to-head competitions. The annual Manhattan Island Marathon Swim is one such competition.

Since 1985, women have won 16 overall titles in the competitive circumnavigation of Manhattan Island compared with 12 overall victories by their male counterparts.

The fast-paced women have ranged from 15 years to 44 years. They have won in all kinds of conditions: choppy and slow as well as smooth and fast.

Judging by the results of the last three years, it looks like another victory for the women in tomorrow’s annual Manhattan Island Marathon Swim. Overwhelming favorite Catalina Channel record holder Grace van der Byl may be pushed by Paul Newsome and James Neitz, but the Solana Beach (California) swimmer has been on a hot streak recently and looks primed for a top podium finish.

The history of female victories include the following:

Tomorrow’s competitors in the 28.5-mile circumnavigation include the following athletes: