The Wonders Of Meeting His Wife Along The Danube 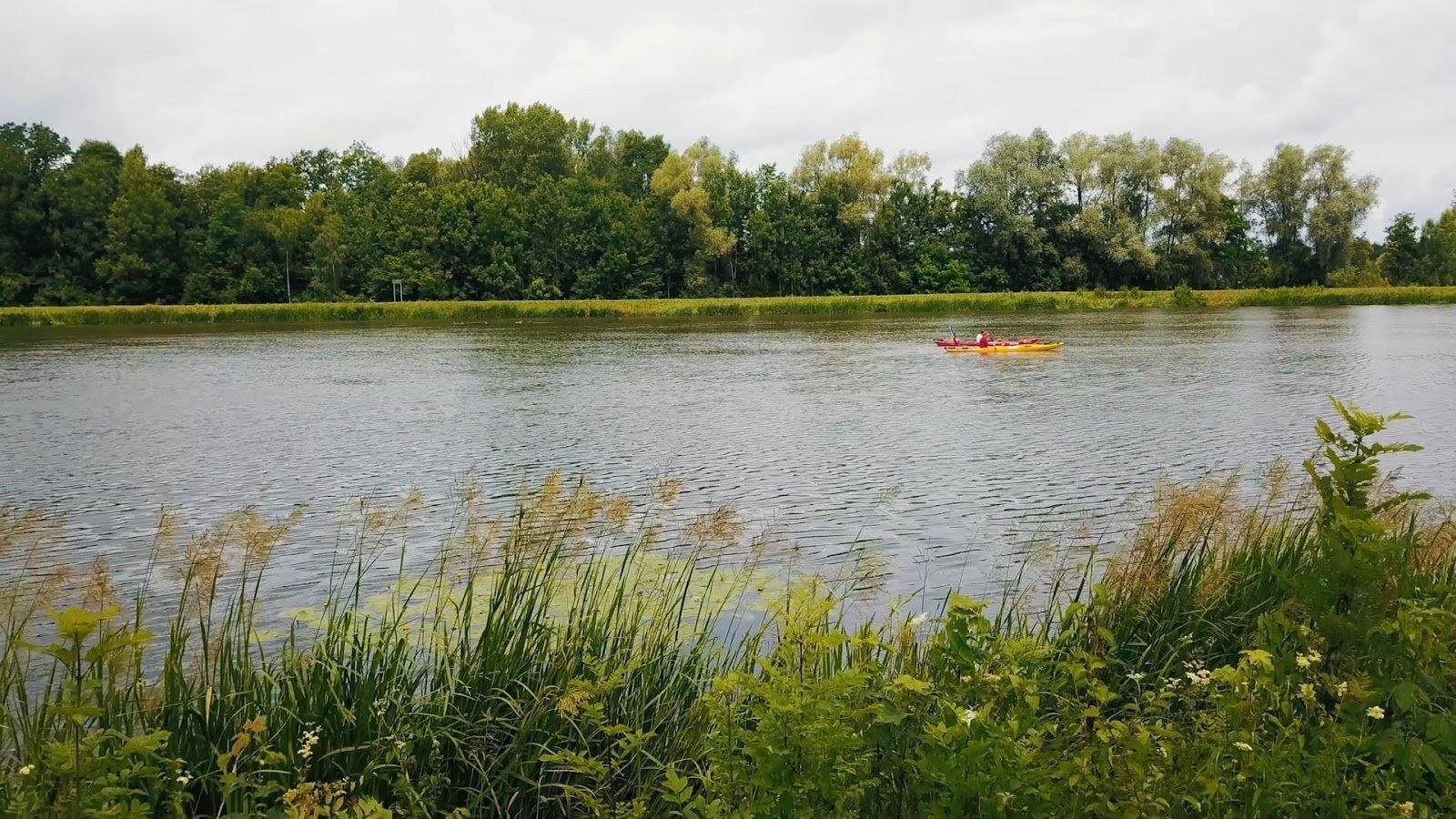 The 41-year-old librarian from Petrosani, Transylvania started his stage swim from Donaueschingen in the Black Forest in Germany. He is now heading into Day 33 as each day is a dynamically different replication of the day before.

“Today I had the most beautiful and emotional day,” said Iancu. Even though the water was still cold, the shining sun made the day beautiful and warm as he left behind the Wachau region. After swimming for 20 km, Iancu reached the still waters of another dam through which he swam for 5 km before reaching the 2000 km milestone along the Danube.

A strong wind started blowing towards him, causing waves to hit him in the head – with an awfully difficult last 400 meters. “I managed to arrive and I immediately spotted the milestone. I ran towards it and that is when I saw her – the smiling face of my wife was waiting for me there. For one second I thought I was hallucinating – I married her in 2000 and here she is waiting for me at the 2000 km milestone.

I want to thank Canah, the main sponsor of my journey, for this amazing surprise and their creativity
.”

After he saw his wife which gave him additional motivation, he he swam another 5 km for a total of 30 km today.

Today another person joined the supporting team – Lucian Coman who will be the driver while providing other logistical support. The newly arrived crew wanted to accompany Iancu on two-seat kayaks for a bit during his swim. Razvan, a representative for Canah, received the honors to escort along the first 5 km, followed by Iancu’s wife, Ancuta and then finally Lucian.

“They all got to experience a day on the Danube. I swam the last 16 km before reaching the dam, after which another 8, I finally arrived at the 1971 km milestone. We had a lot of sun in the morning, making the water slightly warmer. Then the day turned windy and it finally started raining in the evening, dropping the water temperature with it.”

Today, Iancu had a more difficult day. He became very sick the night before and after many visits to the toilet, Iancu woke up in the morning to face 22 km of still water. “I am terrified just saying the number out loud and thinking of these lakes and dams. I practically made an aquatic semi-marathon. I am sure not even running 22 km would be easy.”

Once he passed the dam and was about to get back in the water, he had another accident. Going down some stairs in shallow muddy water, Iancu cut himself badly on his left toe. “It’s not as bad so it seriously affect me. I cleaned the wound and I hope it will not get infected. We had a lot of sunshine today and the water temperature is slowly getting better, but it is still not warm enough to be fully comfortable. It now it looks like we will be getting a lot of rain during the night.”

Today was a sunny day as Iancu swam 23 km, passing the last lake and dam in Austria; the last of 62 dams over the past 32 days. He also passed Austria’s capital, Vienna, where a lot of Romanians waited for him. Alina, a very enthusiastic Romanian woman, even swam a few hundred meters next to Iancu. “I could see the happiness on her face. It was as if she swam the whole Danube. I am very happy with the support I am receiving from the Romanian community here.”

He is now aiming for the border with Slovakia and hopes to reach Bratislava tomorrow, the second European capital city crossed by the Danube.